The 2nd Day....Doors and Windows

My friend, Jeanne, from Butterfly Tales was flying in from Dallas to join me on my 2nd day in Charleston, SC, but would not arrive until the afternoon.  I had all morning to plan and certainly did not want to waste a moment in this beautiful city.  I decided to sign up for a morning walk in the historic center of Charleston presented by the historical society.  Who better to know this city that one of the docents that took us on this early morning stroll through the cobbled streets of this fabled city.  As you can see by the images many of the trees were not in bloom yet.  They had experienced colder weather than normal like so many of us have this past winter.  And it was cold on this morning....30 degrees cold, so it felt good to see the sunshine.  Thank goodness I had been tracking the weather for about a week prior to my coming and packed warmer clothing, knowing that it wasn't predicted to be very warm during my stay.  I didn't want to make the same mistake I made when flying off to Phoenix with nothing but summer-time clothing only to be greeted by cool weather resulting in a shopping trip. This time I was prepared.

Eventho some of the trees were not in bloom, many of the window boxes and front porch pots were filled with beautiful flowers, something I am only dreaming of back home. 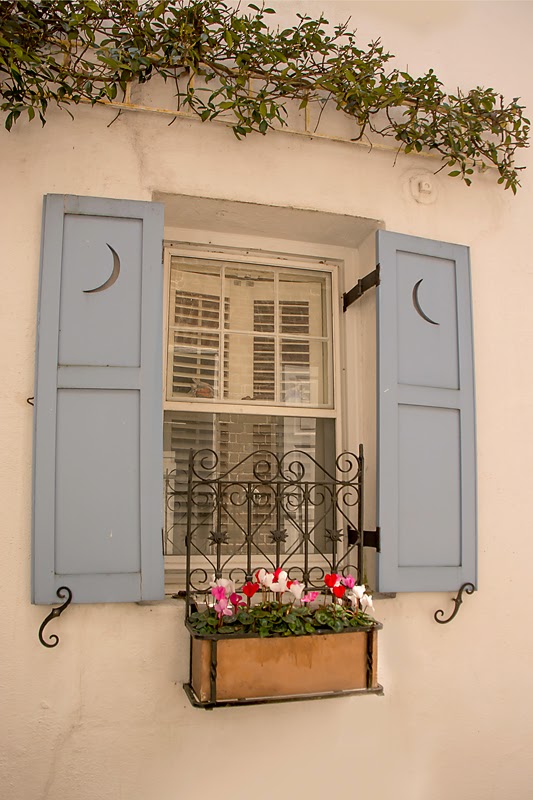 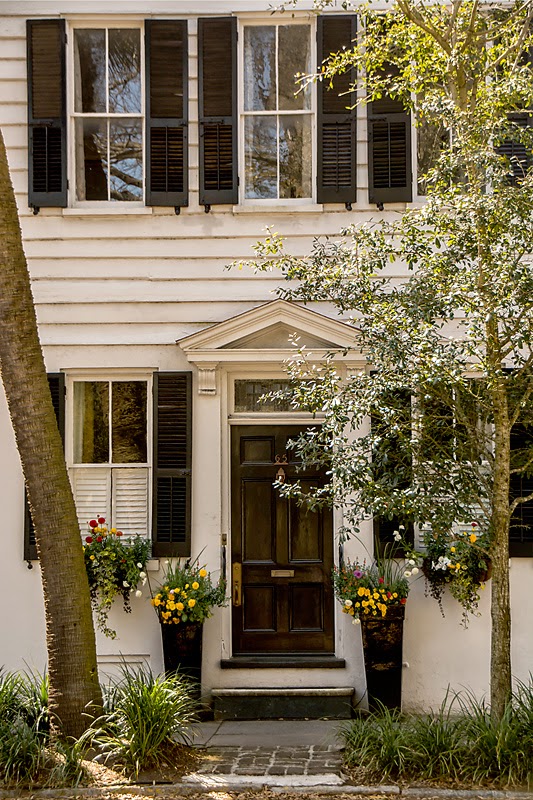 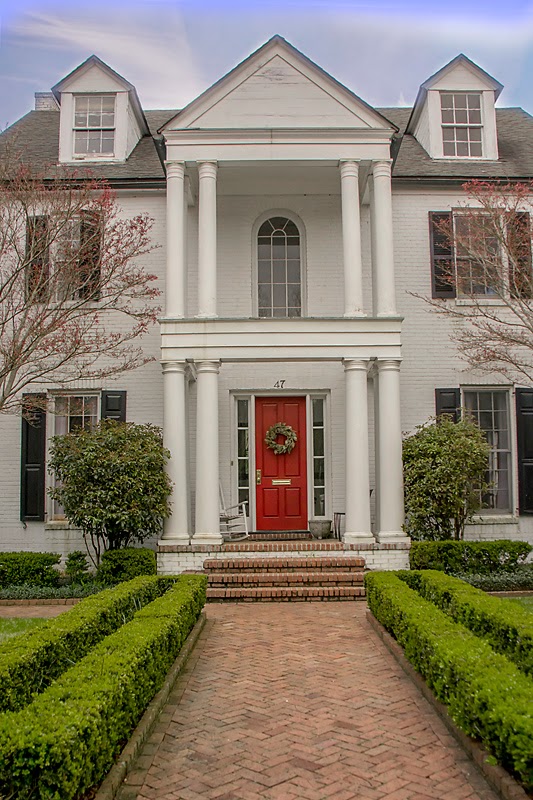 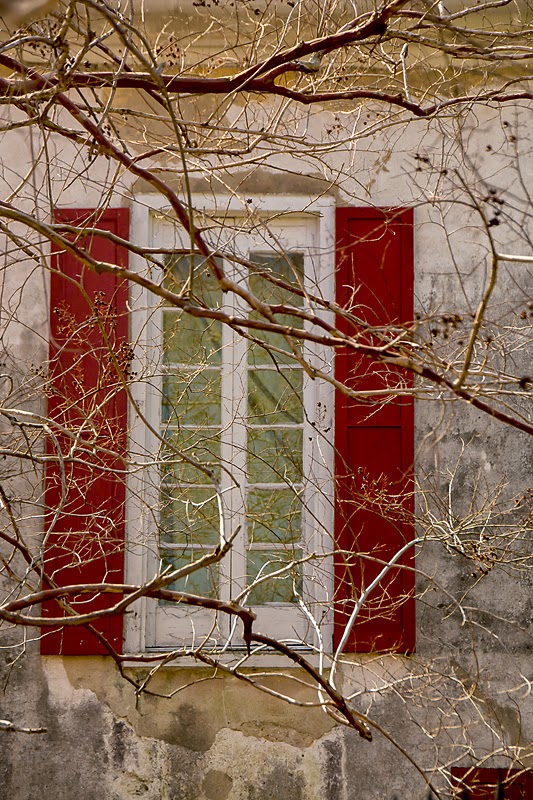 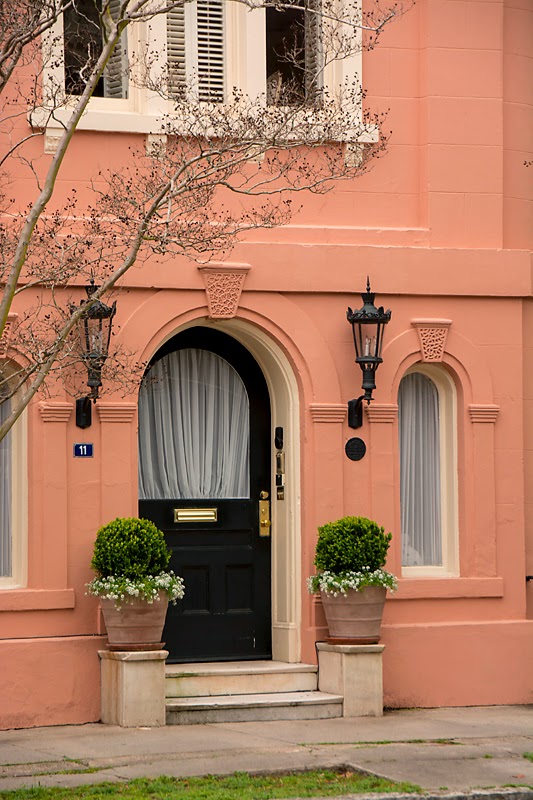 And the old brick, with moss growing between the cracks only add to the charm... 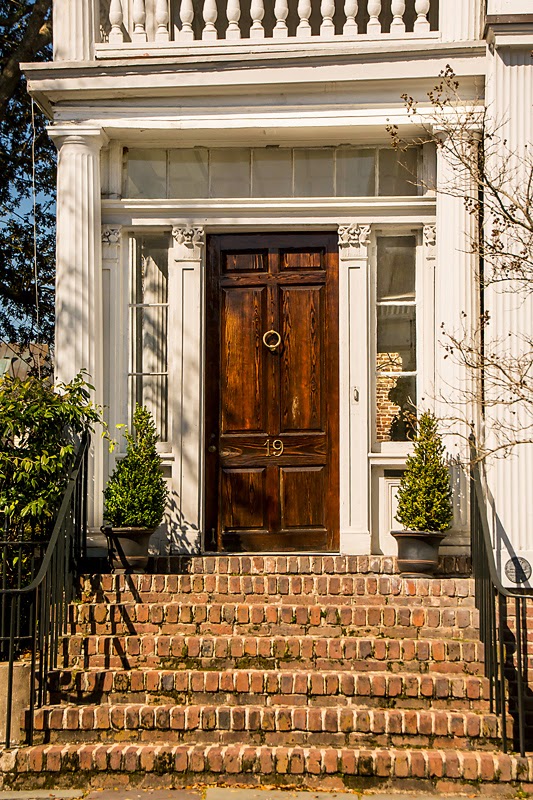 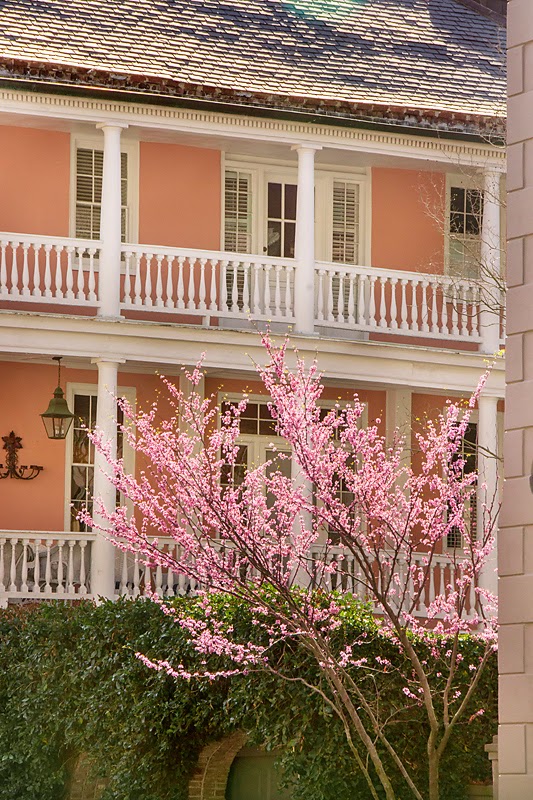 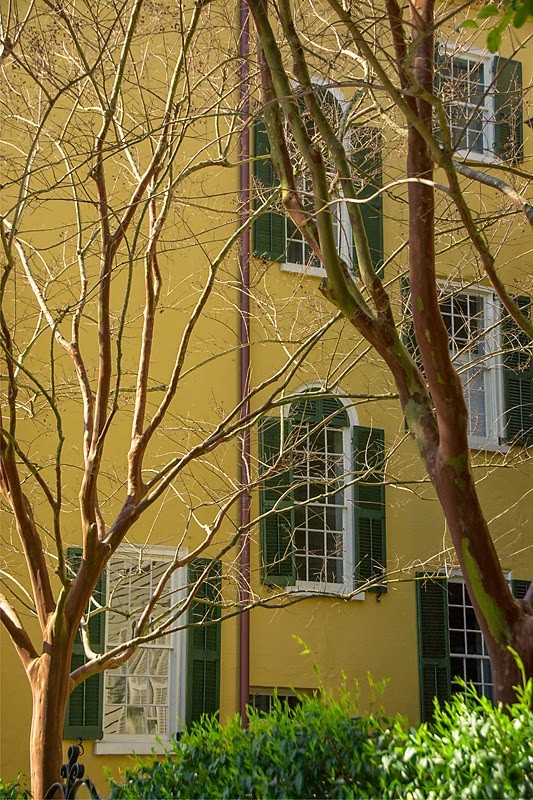 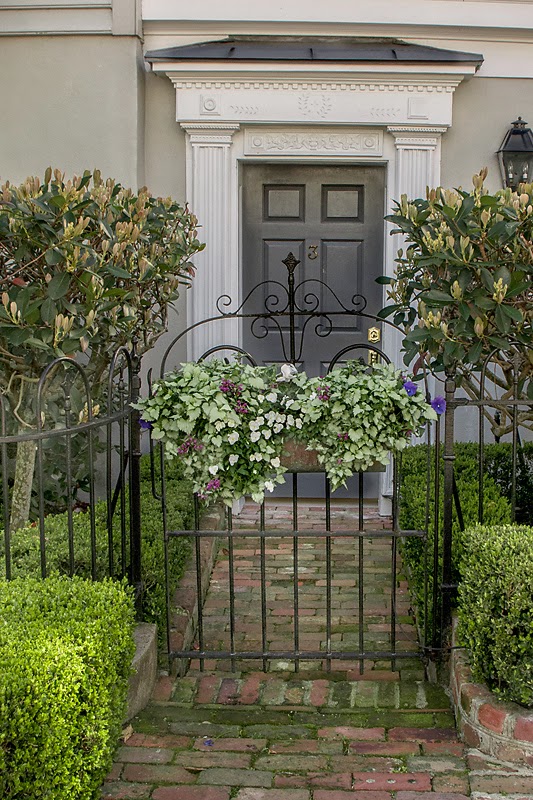 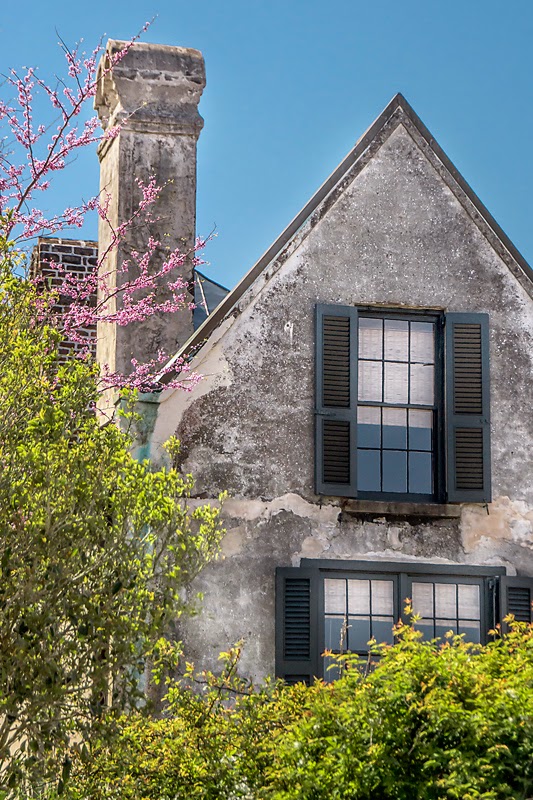 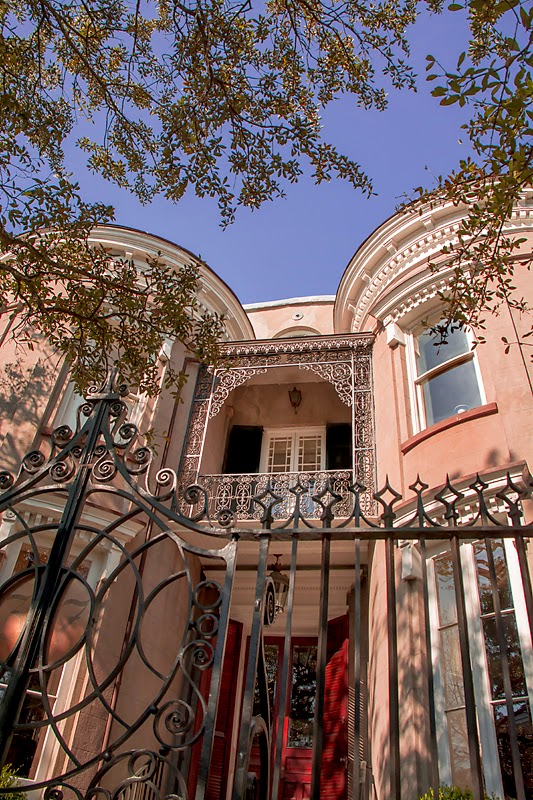 At the completion of the walk, I still had some time before Jeanne arrived and since it was lunch-time I decided to eat at the Mills House restaurant, an elegant hotel right across the street from the Historical Center. 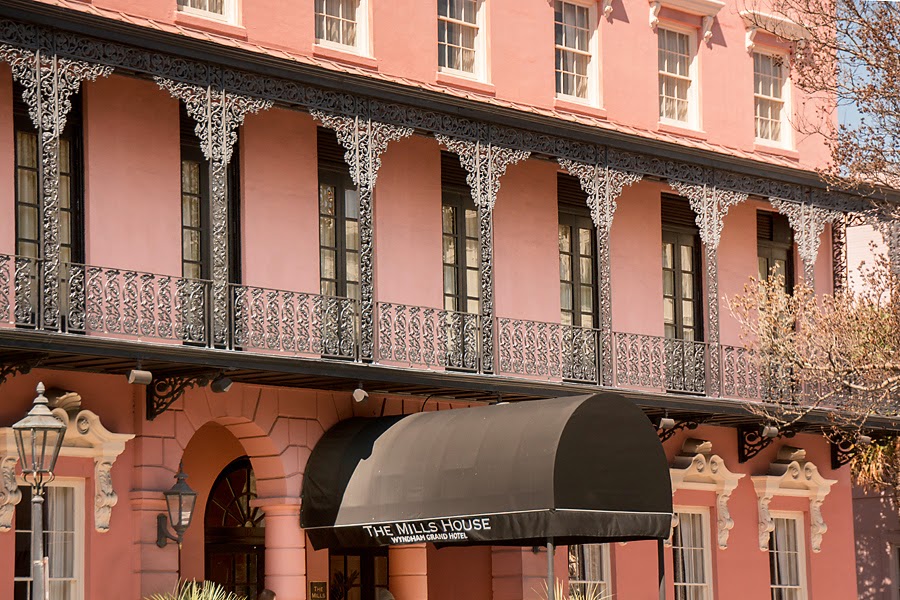 After a delicious lunch where I had to try the She Crab Soup, a staple in this area, Jeanne called and said she was on her way to the hotel.  OK, time to get back to the car and return to the hotel....only I couldn't remember where I had parked the car.  I knew it wasn't far but for the life of me I couldn't remember the exact location.  After walking up and down Meeting Street for what seemed like a lifetime, and after asking several people about parking garages, I finally stopped by a young man that was selling trolley tours.  He pulled out a map and began asking me questions about what I had seen as I came out of the garage.  You talk about feeling really stupid...old lady, lost in the middle of historic Charleston seeking help in finding car...sounds like a "want ad".  Anyway the young man was sure it was "this" parking lot, circling the spot on the map.  Sure enough, stupid, lost old lady finally made it back to her rental car and returned to the hotel, while Jeanne had time to unpack and even take a nap.  I told you it seemed like a lifetime....needless to say she was a might worried, but all was well.  Then we headed off on another adventure.


"For an occurrence to become an adventure, it is necessary and sufficient for one to recount it."
Jean-Paul Sartre
Until next time.....

Email ThisBlogThis!Share to TwitterShare to FacebookShare to Pinterest
Labels: Charleston