Going to the Birds

OK, after my more than usual serious post on Saturday, and I do appreciate all the encouraging and positive words of encouragement more than you know....I am back to my more light-hearted self.

Ask me what I have done today, just come on ask me.  I filled up the birdfeeder before our whoopin' snow storm a week ago Sunday. I know I am always a little behind in doing this, should have been hung and filled in early winter but I figure as long as there is bare ground and seeds on the trees the birds probably have enough to eat.  Now that the ground is covered in white, I'm thinkin' they would appreciate their local diner to open for the winter season.  I guess the birds thought the diner was closed for the season because it took them darn near a week to realize it was open for business.

So this AM I have been standing at the window, (which really needs a good cleanin') still in my PJ's and robe, snapping away.  You won't see any pics of sparrows in this group. Sparrows are the most populous bird in this area. Maybe they ought to pass a law like they did in China limiting a family to only 2 children per household nest, up 1 from when the law was passed in the 70's stating that each family could only have one child.  Somehow I don't think the bird world would adhere to that mandate.

I know this is some kind of woodpecker, when I searched the internet I just got more confused. There is another one that has red on it's breast that I have seen but haven't been able to catch her/him in my lens. 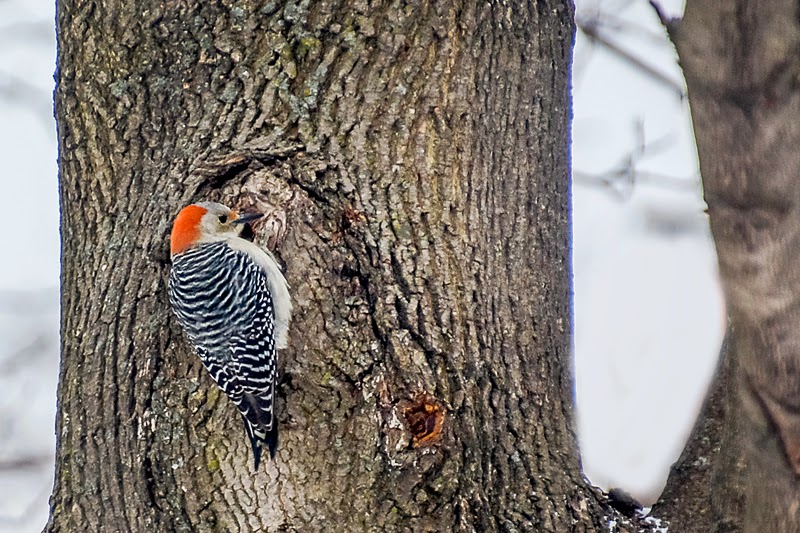 Not sure what this is either, I think some kind of a wren.  Not crazy about the non-sharpness, but was excited to see this rarely seen bird in my yard. 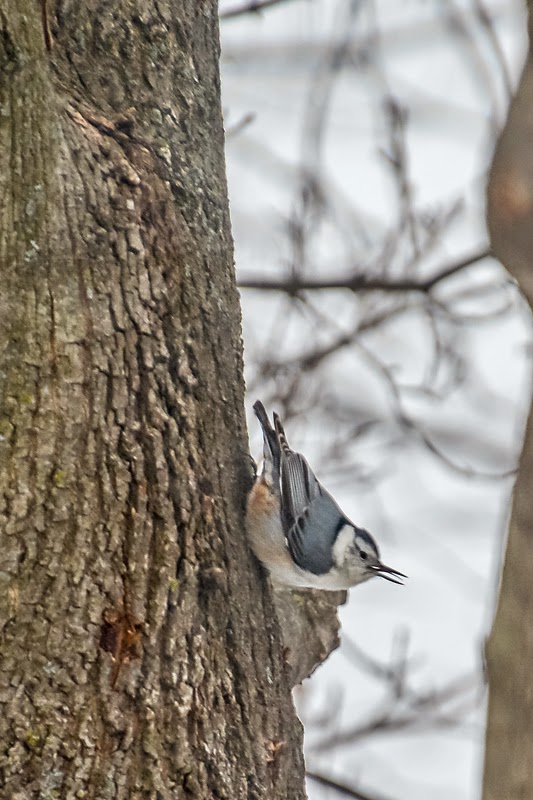 And the Junco's so sweet, only see them in the winter-time here. 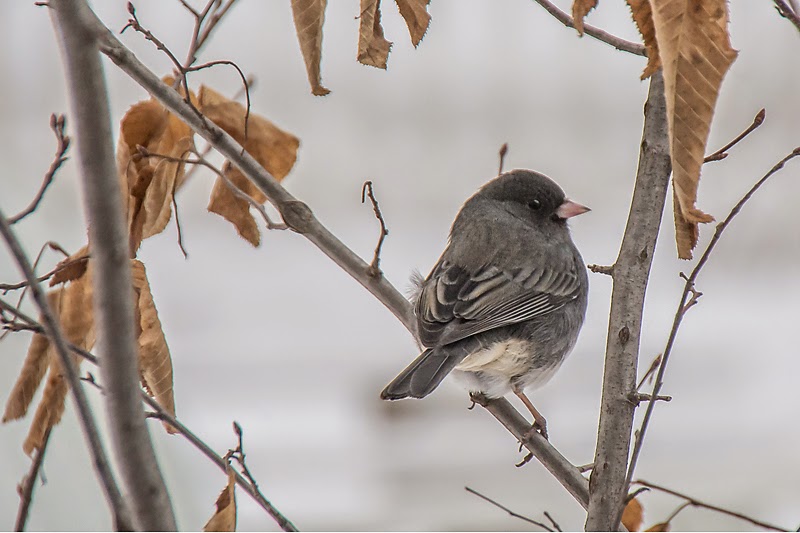 And then Mrs. Cardinal landing on the trellis.  She stayed for quite awhile, and just like a woman kept turning to make sure I had her best side. 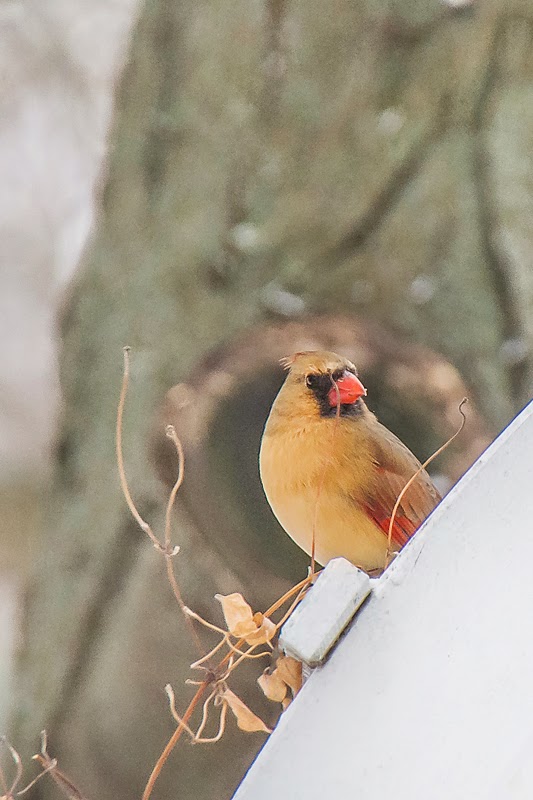 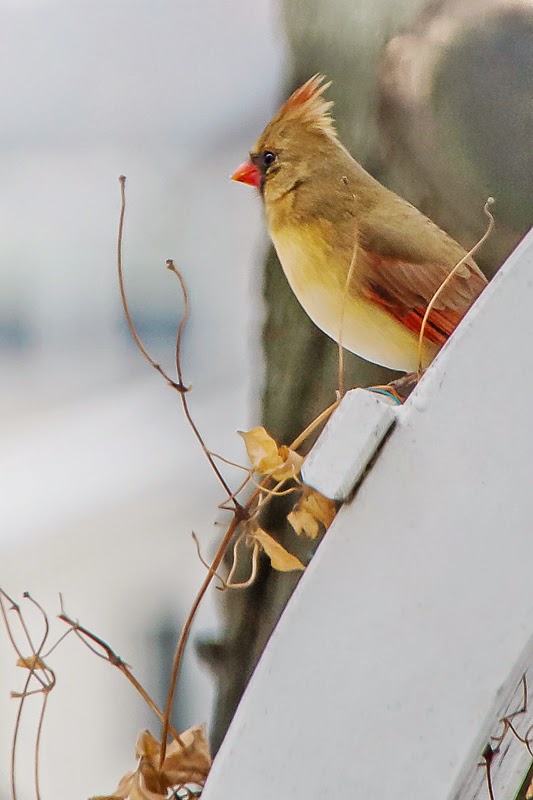 And now a week later and after the snow has melted quite a bit, Cinder is much more willing to go outside.  She can maneuver through the banks and trails. 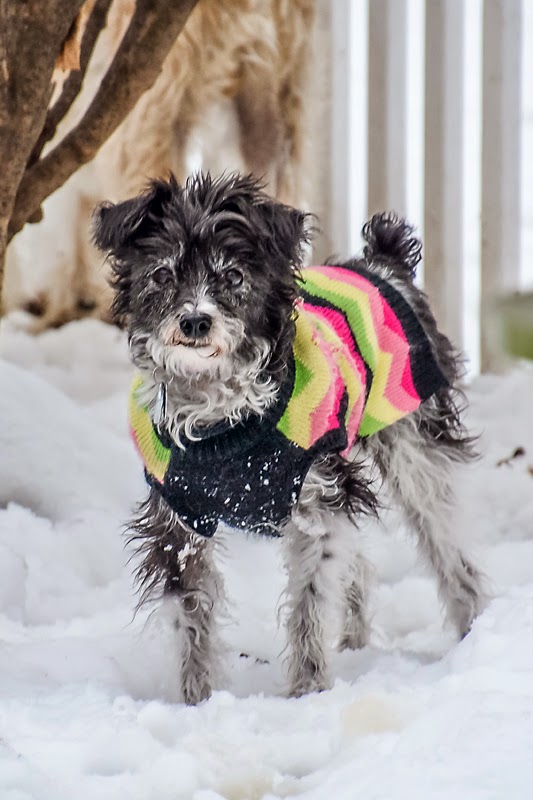