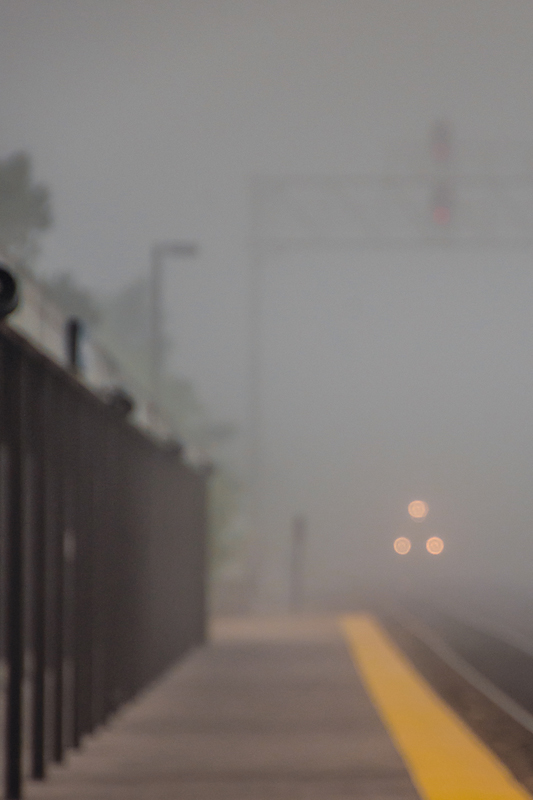 The event booked in January as a treat and Christmas gift to myself had finally arrived. I set my alarm for 5:00 AM, which is still the middle of the night (in reality it's about the time for my nightly get up to pee) for one who likes to sleep until at least 7:00 AM (or later), drove to the train station, lined up with all the others with sleep filled eyes to begin my journey to the Out of Chicago Photography Event. For a brief moment I actually considered staying at home, only for an instance tho, because we so rarely have fog in our area. What great opportunities I would be missing, and then I hit myself on my forehead, brought myself back to the moment, and thought "what the heck are you thinking??" Miss this great event for fog?? So I snapped a couple of foggy train images and boarded the train for a 4 day adventure. 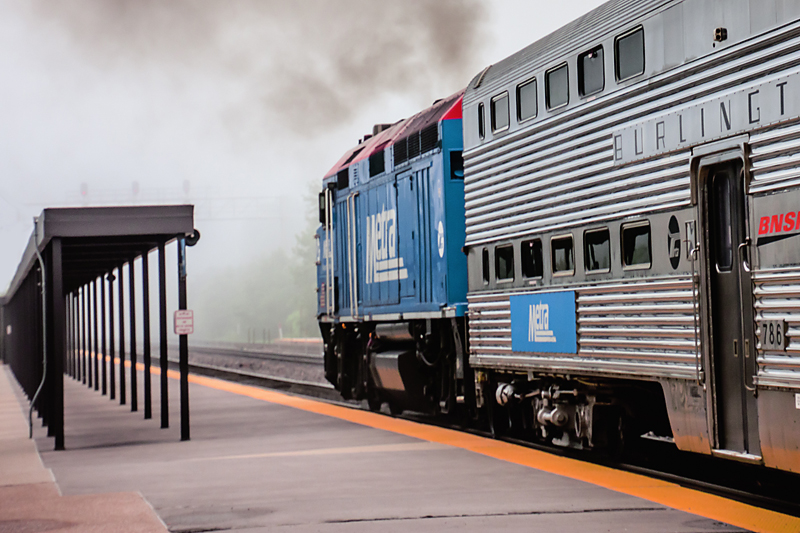 The event didn't officially begin until Friday evening, however we were given the opportunity to register for workshops Thursday and Friday.  My workshop for the day was with the iconic Bryan Peterson, author of  the #1 selling photography book on Amazon, "Understanding Exposure", which btw he was quick to mention. Our class was small in size, only about 14 or so, which made it easy to stay together and hear Bryan point out various spots that we needed to try with new eyes and new settings on our cameras. Not new, but different than what I was used to.

This is Bryan's settings to bring everything in focus from front to back (altho my front focus was a bit fuzzy probably because if I had put my camera any lower it would have been in the puddle)....in manual mode set your meter at 1, use a wide angle lens with a setting at 16mm, set your F stop at 22, and your ISO around 100 or adjust accordingly. As you can see, the fog was still hanging around, especially around the Willis (aka Sears) Tower. 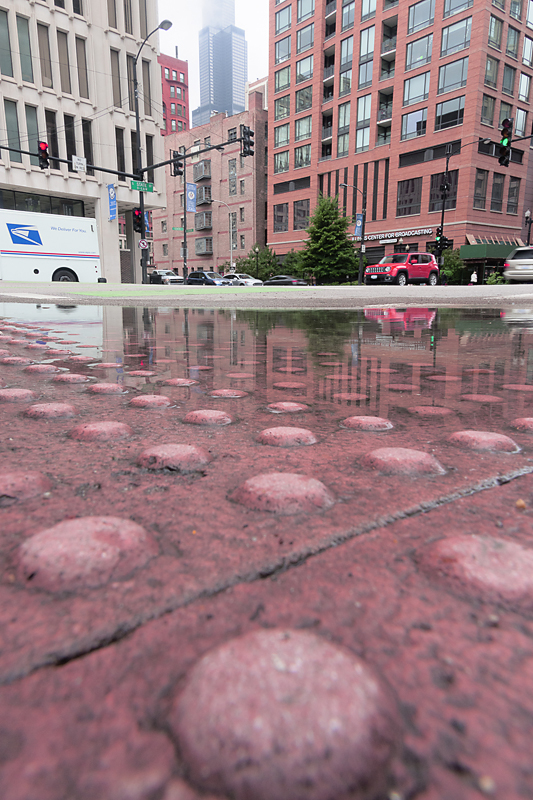 After struggling to stand back up (you know I am at that age where getting down is one thing, getting back up is quite another undertaking). We stopped by a pillar that was loaded with posts, graffiti, old posters etc and stood there for a good 10 minutes. I won't bore you with pictures of torn pieces of paper. Instead I shot the L train which had a beautiful blue building as the background.... 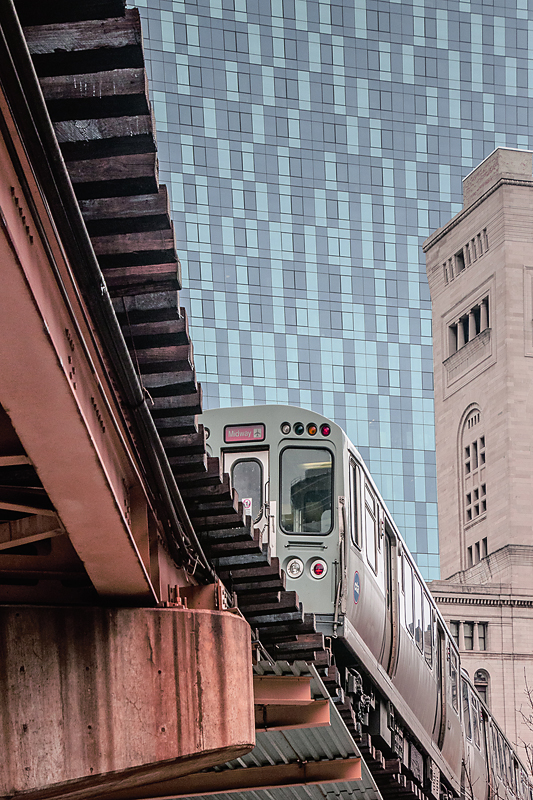 Next, our challenge was to capture interesting backgrounds with shots of Bryan.  I chose his finger instead of his face, thought the background for his finger was more colorful than what was behind his face from where I was standing. 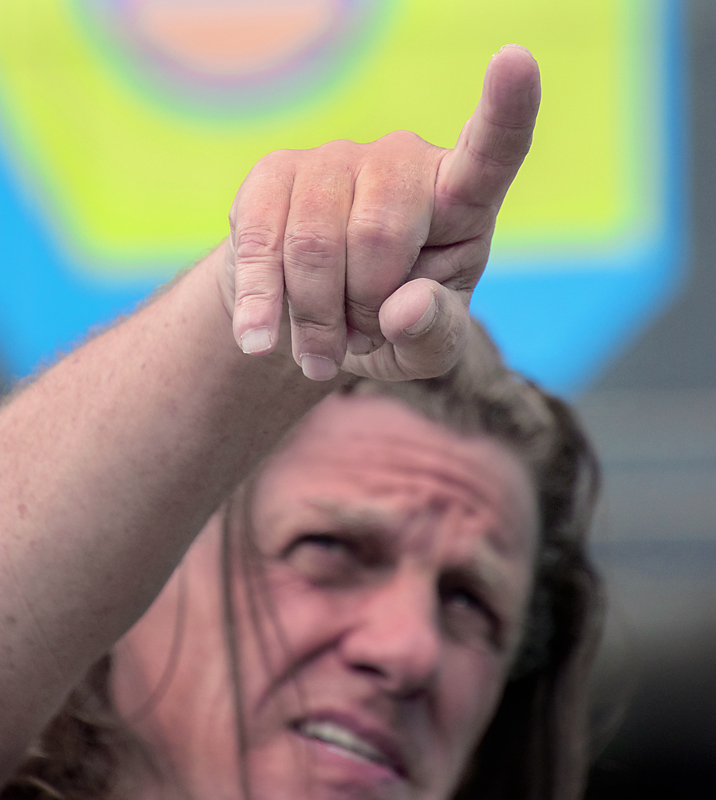 Moving on, our next challenge was to capture stop motion with high shutter speeds.  And being the shy, unassertive (wink wink) person that he is, Bryan became our model for a "windy" city illustration. 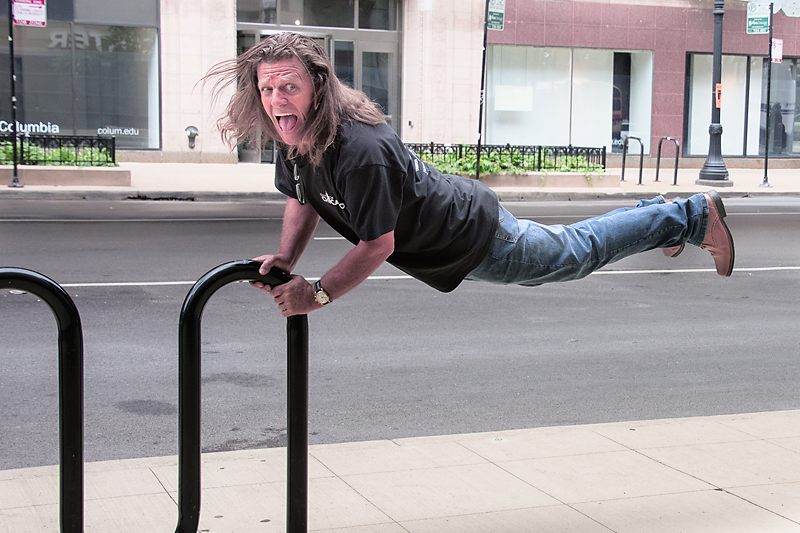 With that same challenge we walked down to Millennium Park to the Crown Fountain. A unique concept which combines tradition with urban pop-art. The fountain is composed of two huge LED screens which project the faces of ordinary Chicagoans. The water spouts from their digital mouths, creating a playful water feature for the enjoyment, albeit wet, playground for all. 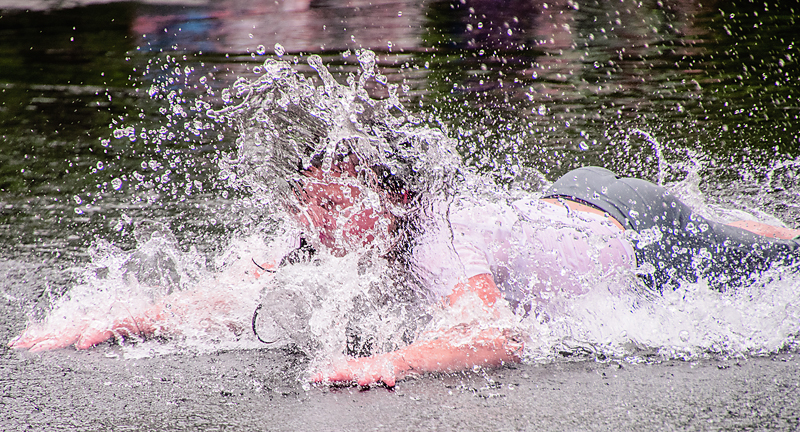 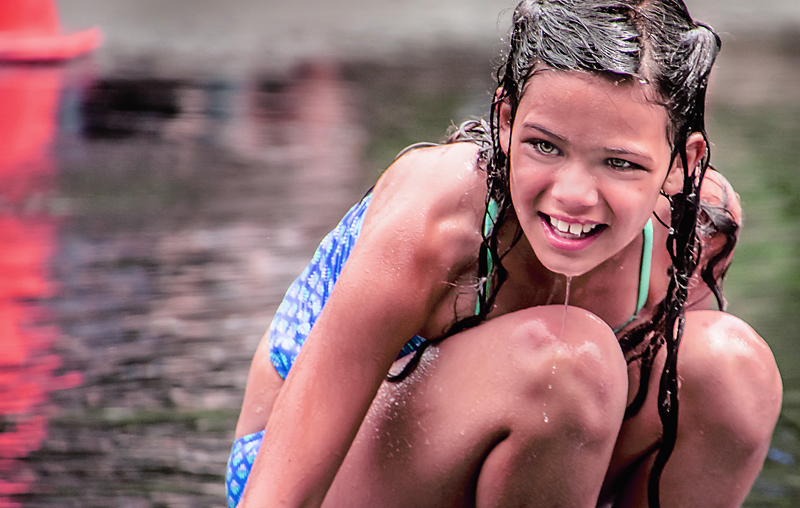 After class concluded, Christine (who I met in Bryan's class) and I walked to Panera for dinner. Christine became a fast friend, she and I seemed to be of the same mindset. She was quite a few years younger than me, but when you share a passion like photography, age is irrelevant.  We met up for different classes and at mealtimes. She lives in the Chicago area so hopefully we will see each other again sometime in the future.

I managed to arrive at the train station in time for an express train, 35 minutes as opposed to an hour, bringing me home around 6:00 PM.  Friday's adventure was a one-on-one session with Matt Kloskowski to critique my photography and the Opening Night speaker with Rick Sammon.  Stay tuned for more notes, photos, and adventures from Out of Chicago.

"And above all, watch with glittering eyes the whole world around you because the greatest secrets are always hidden in the most unlikely places. Those who don't believe in magic will never find it."  ~  Roald Dahl

Email ThisBlogThis!Share to TwitterShare to FacebookShare to Pinterest
Labels: 100 Days of Summer, Out of Chicago, Photo Walk, Street Photography