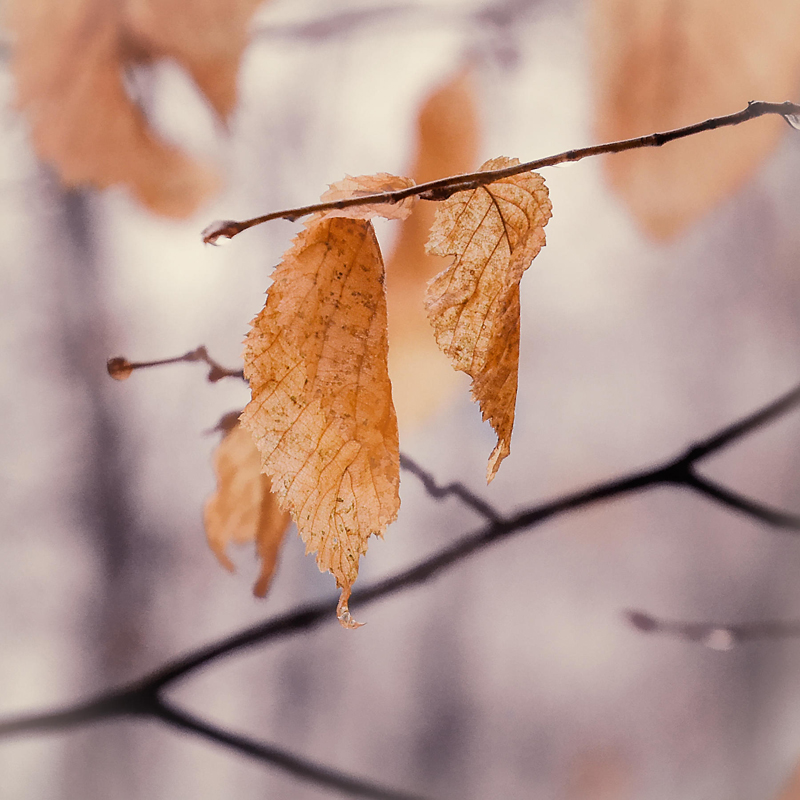 Last night I could see the fog rolling in and then a Fog Advisory warning popped up on my I-Phone. We very rarely get fog here, but with so much snow on the ground and the temperatures rising, thus causing the fog to develop, my little heart was doing a happy dance. When I woke up this AM it was like pea soup. Yea!! Now if it will stick around so me and my camera can have some foggy fun I'll be a happy camper. I had a dentist appointment this morning, my last one for awhile....thank goodness, to finalize a crown that I had to have replaced, along with a root canal. Those 2 are in my top 10 of things that "don't" make me happy. I would say pretty much anything to do with Dr's or Dentists don't make it on my happy list. But I am happy that all that is over with #27. 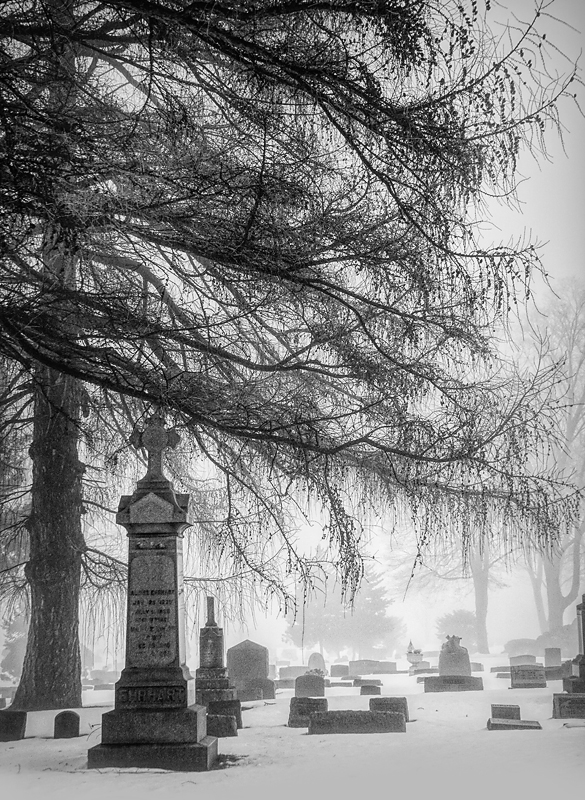 Anywho...the fog did not dissipate while I had my mouth wide open reclined in the dentist chair. As I lay there I began to wonder where should I go to capture some fog shots. Then it came to me....a cemetery. We have 2 cemeteries in town, and believe it or not I've never been inside the gates of either one. I find that rather strange since I've lived here 41 years. Well, today is the day I take my first steps into St. Peter & Paul Catholic Cemetery. No one around, no wind, perfect. If it weren't for the 2 streets busy with cars and trucks surrounding two sides and a railroad track with trains running on regular schedules on another it would have been totally silent. Rest in peace is not happening here. But the "no wind" and "fog" made me very happy #28. 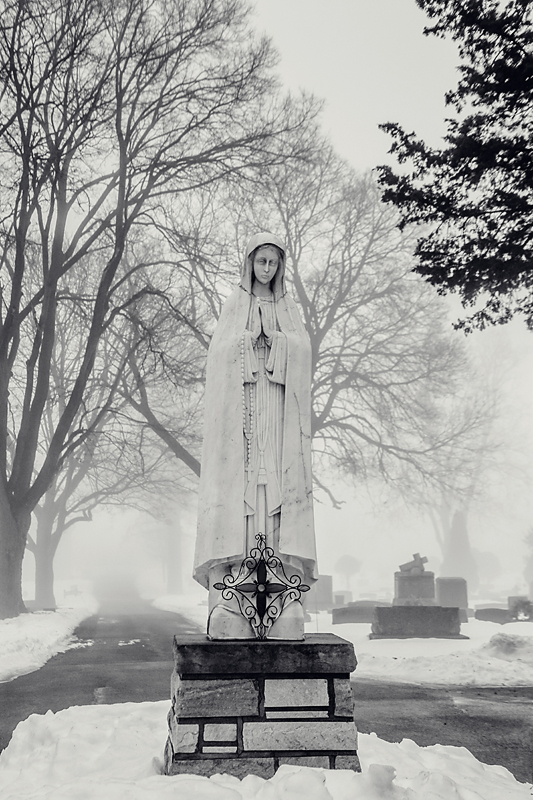 Back in the car....where to next? Ah ha...Seager Park, woodsy and on my way home. Many years ago this used to be a RV campsite. When my Mom and Dad were doing their summer trips all over the US and Canada pulling their silver Air Stream trailer they would set up their home base at Seagar Park while visiting us. The kids thought that trailer was the best! Now, lo and behold, many years later my brother has one that he and his wife trip to all the gorgeous places in the west and northwest areas of the US. Those memories of their visits are happy ones...#29. 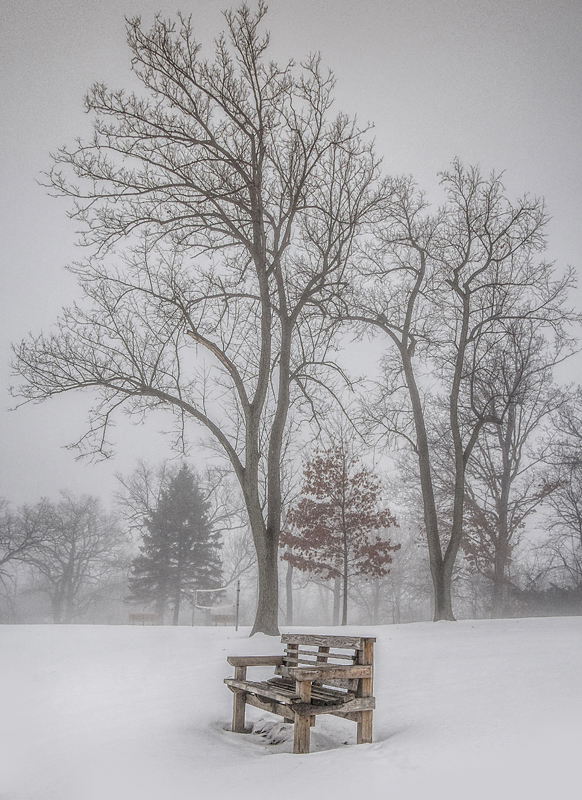 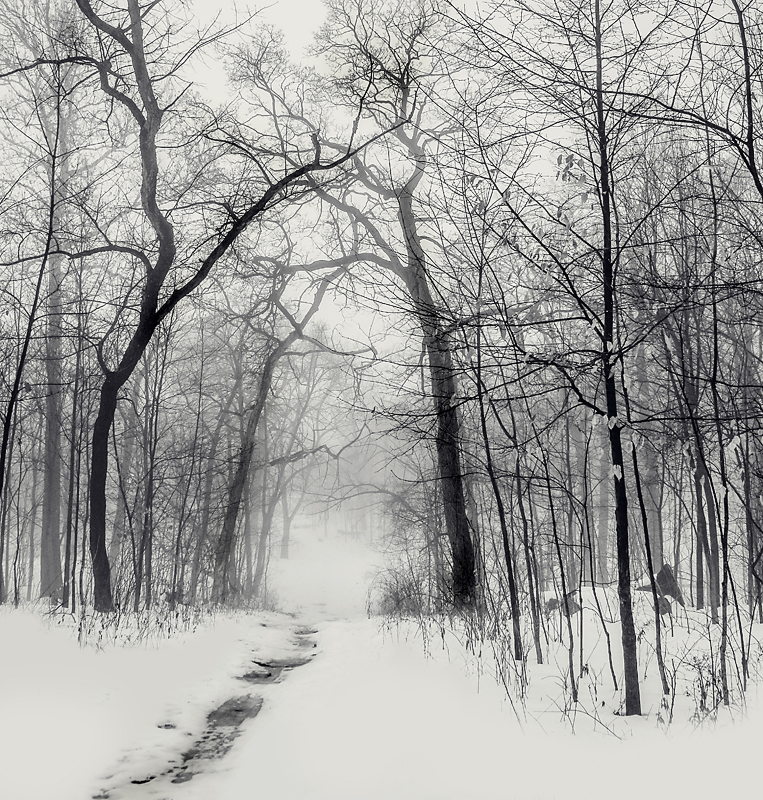 On my way home, since I hadn't eaten anything I swung into McDonalds to pick up an Egg McMuffin and a Pineapple-Orange Smoothie, and yes, that is a happy #30 meal for me. There was a man standing by McDonald's with a sign that said..."need money to eat".  After picking up my order and driving past him again, I had to stop for the red-light. I handed him my bag with the Egg McMuffin and the shredded hash brown patty. He walked over to the car and thanked me. I didn't give him money, I gave him food. OK, now that left me without breakfast, I turned around  at the next block and headed back to McD's a second time and once again the man was standing there with his sign. I thought..."what the hell" I gave him food and he is still begging. As I pulled out I stopped and asked him what he did with my food that I had just given him. He explained that he has to eat before he takes his meds for seizures and the meds put him to sleep. I don't know if the guy was just telling me a story or what, but made me happy #31 to think I might have helped the man in some way. 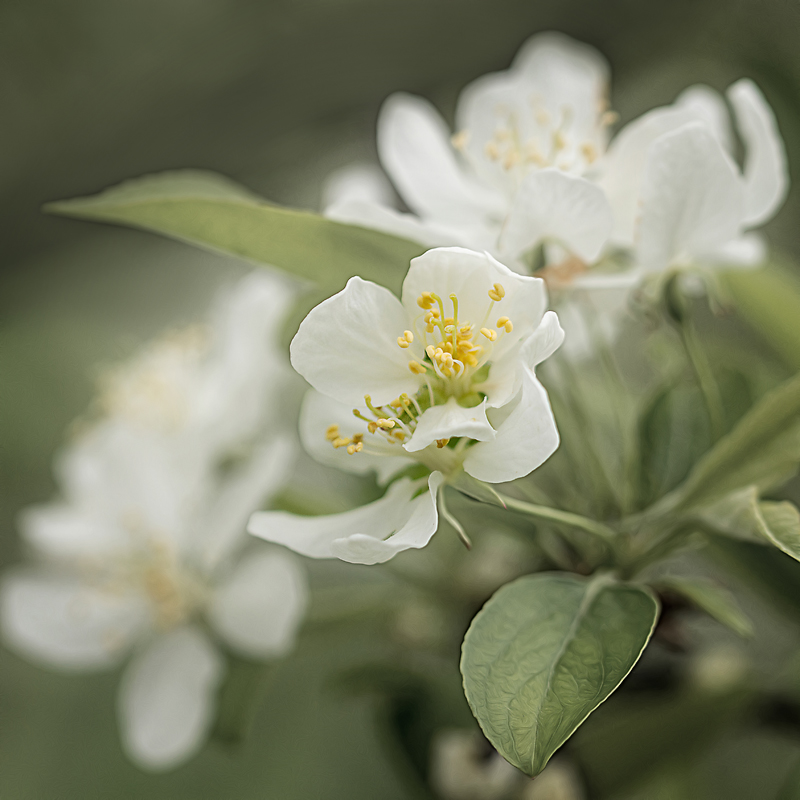 Have a good weekend everyone and remember, do something that makes you happy.

Email ThisBlogThis!Share to TwitterShare to FacebookShare to Pinterest
Labels: 75 Things That Make Me Happy, Naperville, Winter 2018