When What Do My Wondering Eyes Did Appear....

Instead of driving to the Arboretum which is my usual mode of operandi I decided to drive down around the dog park and check out the red barn on Greene Rd.  The barn is pre-civil war era and with years of non-use it became quite an eyesore with thoughts of tearing it down.  But back in 2010, being in huge disrepair with an estimated million plus to repair, a group decided to ban together and bring this old barn back to life.  Driving by there today, the barn has been re-painted, cleaned up, repaired and ready for business. Plans are that it is to be used for Park District activities for both winter and summer.

I took this picture a couple of winters ago and you can see the peeling paint, shriveled vines and disrepair...(actually it had great character) 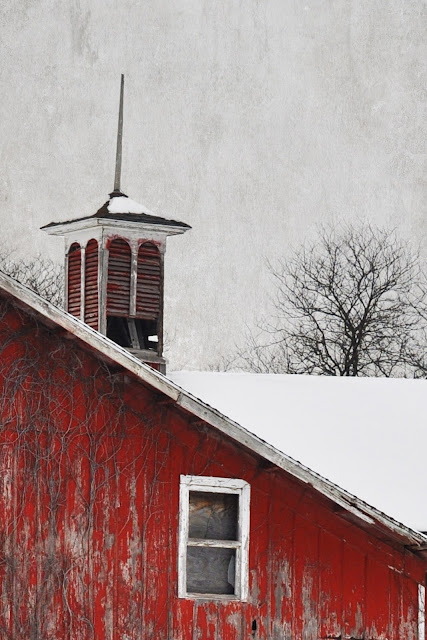 This is the picture I took today.... 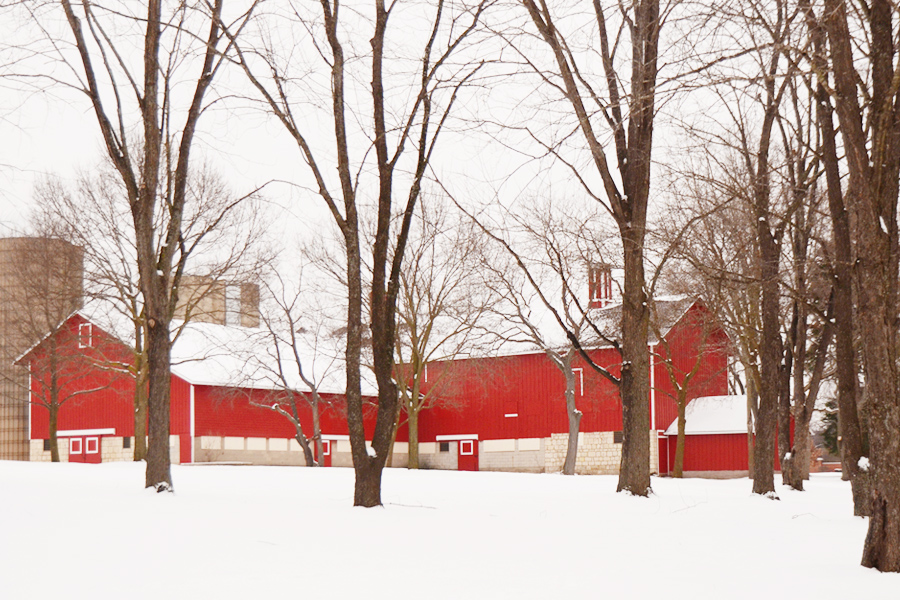 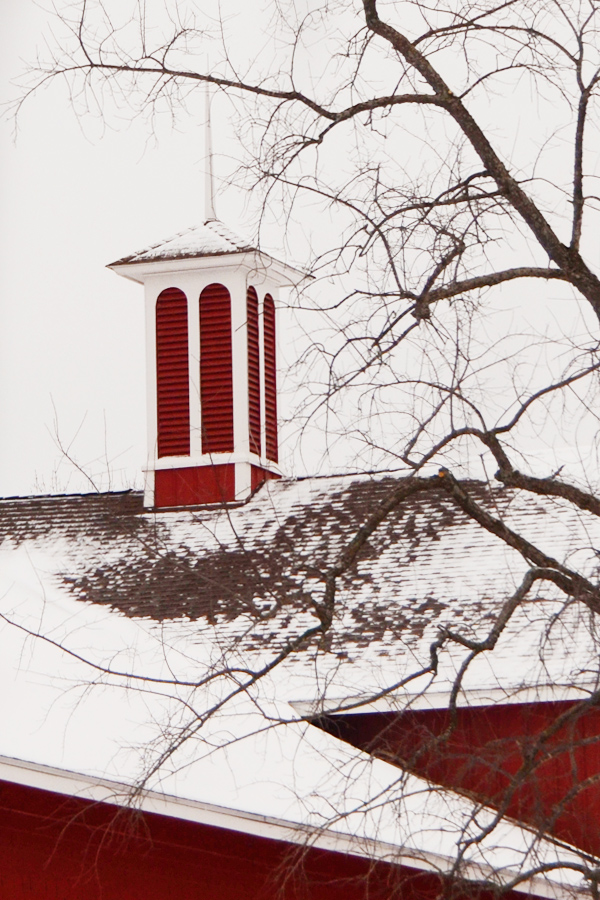 See what a few million dollars can do for an old civil war era barn.  No wonder there are so many farms in dis-repair around this area if it takes that much money to renovate them.  It is probably much cheaper to just put up a metal barn and let the wood barn eventually become one with nature.

The parking lot next to the barn was closed for the winter so I had to park my car by the dog park and walk which was only about a block.  When I returned when what did my wondering eyes should appear, but eight one tiny reindeer (and it wasn't really a reindeer, they are not this cute) right before my eyes.  I was so startled I almost scared her away, but instead she just looked at me, paused, bent down to grab a mouthful of grass where the snow had been brushed away, then turned and darted back into the woods.  I know some see this sight each and every day, but usually when I spot a deer, by the time I grab my camera they have high-tailed it back to safety.  She must have known I was no threat. 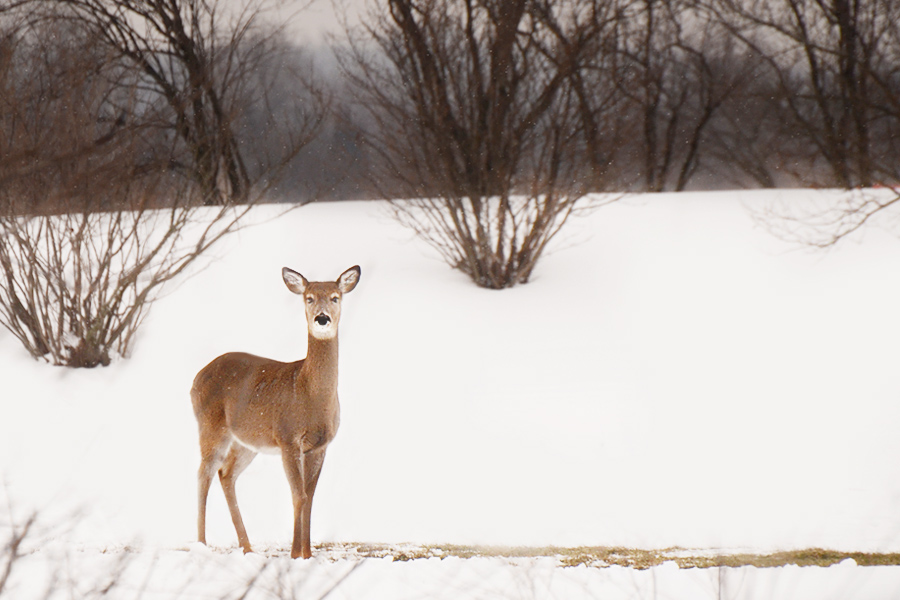 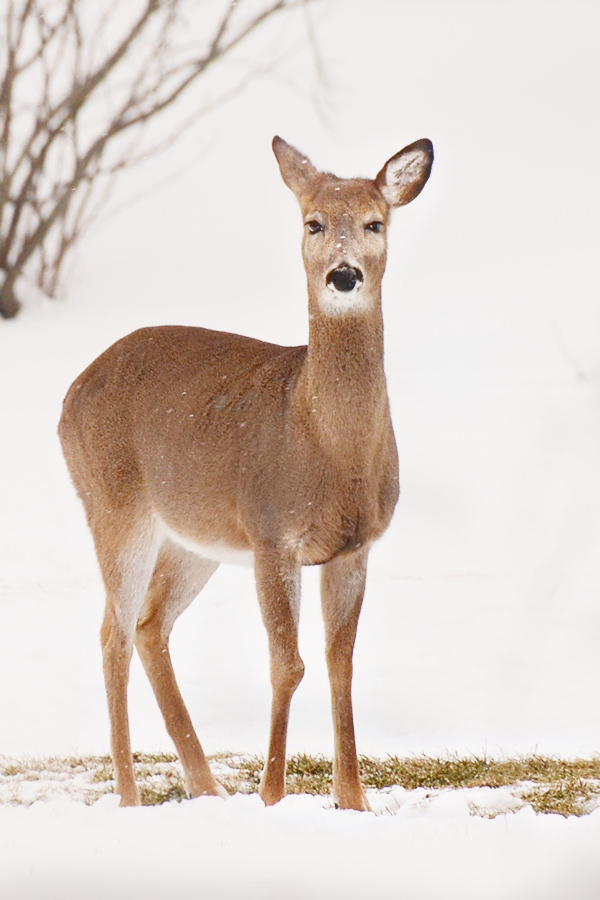 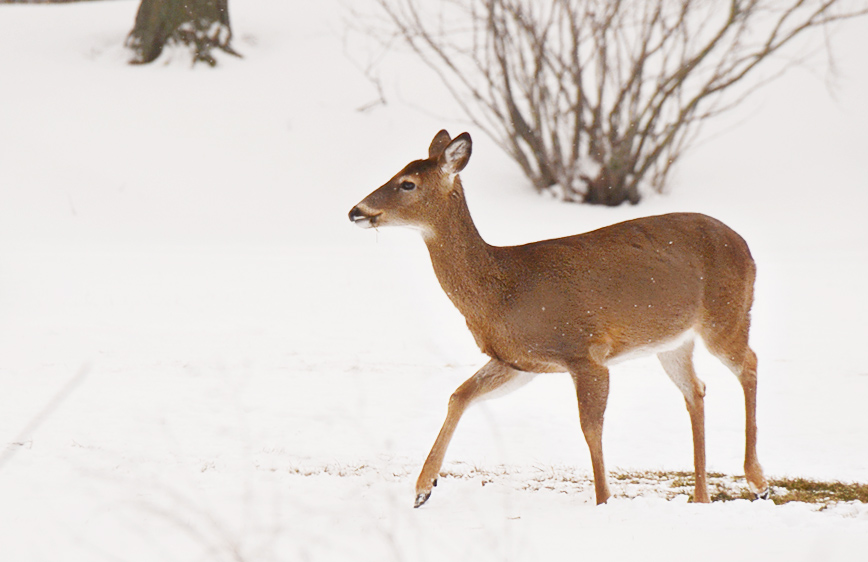 After this stop I drove around at more snowy spots capturing beauty....even the dried queen anne's lace and the shriveled red berries have the look of magic in the winter. 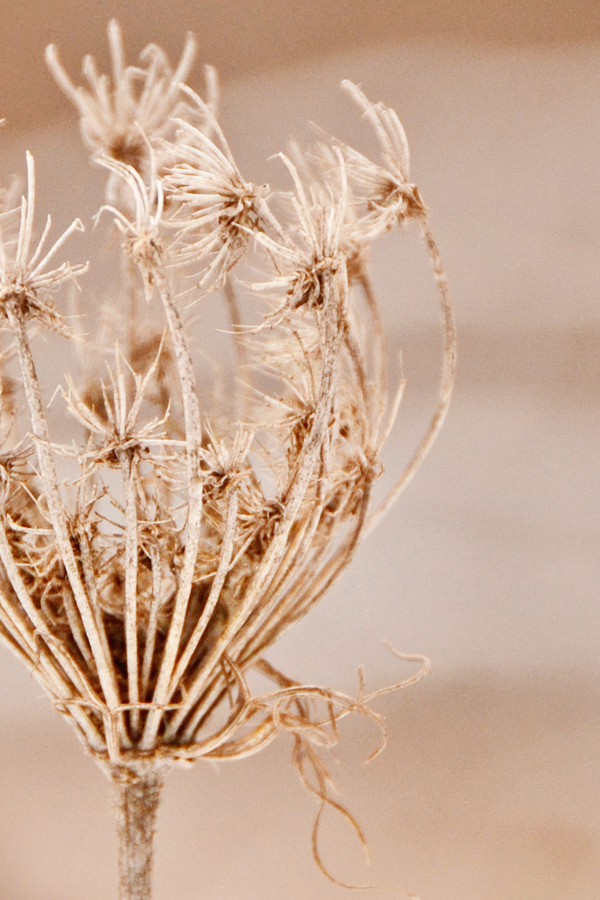 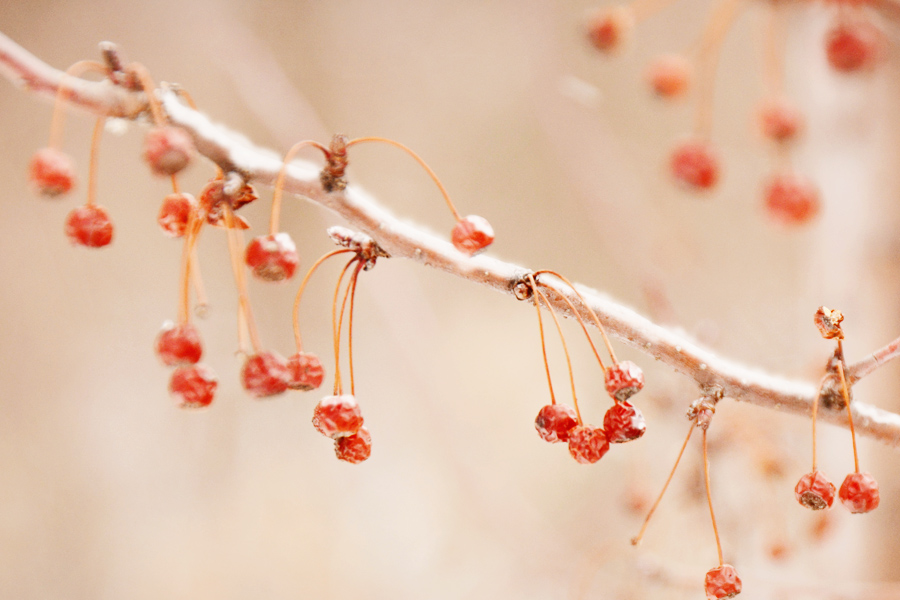 And finally a stop at the golf course...so pristine, no golfers today. 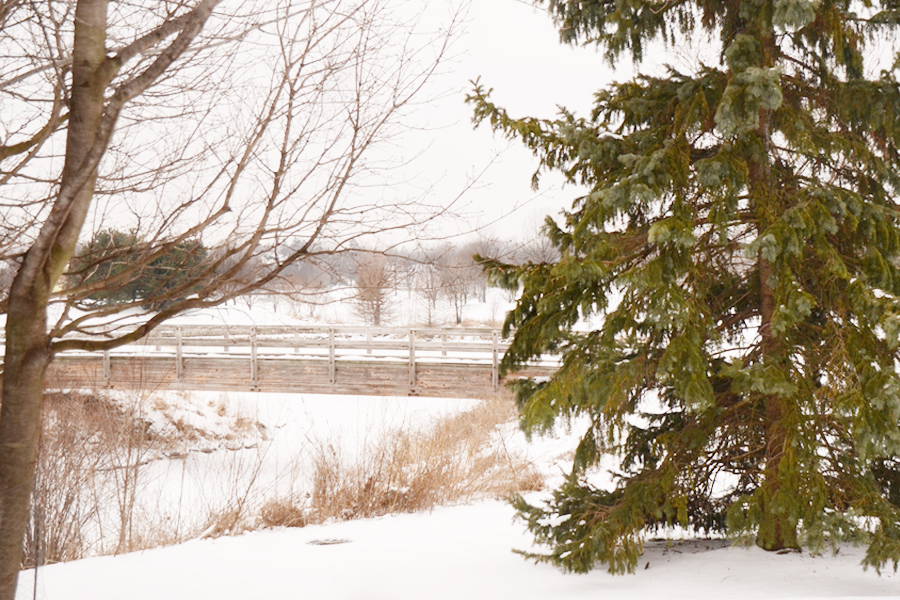 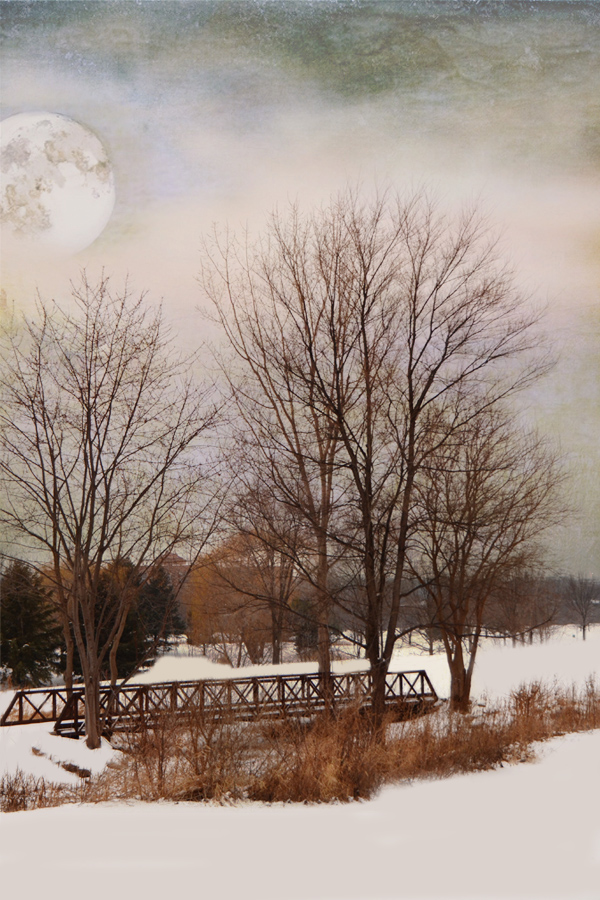 And yes, it did snow again...can't say that it started at exactly 2:30, but it was in the afternoon.