Still quite a bit of snow on the ground so headed out this morning with camera in hand.  Drove around the neighborhood looking for snowmen....pitiful, somebody needs to teach the kids of today how to build a snowman to be proud of.  Hmm, maybe I should build one, oh just looked at the clock and it is getting close to 4:30 and within an hour it will be dark....too bad, not enough time to build one.  Now if it were Sunday, we would have an hour extra of light due to the beginning of daylight savings time.  Whoopee!!  More light, now I won't feel like crawling into bed at 7:30 PM because it's been dark for so long.  In December & early January it gets dark by 4:30 PM, leaving us with an awfully short day.  And if it's cloudy, the lights come on about 3:30 PM.

Anyhoo I diverse....after finding no camera worthy snowman, I decided to travel to the horse farm a short distance from here.  And I wasn't disappointed.  Not only were all the horses out, but I met some really delightful people.  First I met grandparents with their 2 grand-daughters who were having so much fun petting the horses.  Grandpa and I had a friendly conversation about the area and how it had grown etc etc...seems like we both had lived here for about the same amount of time and had watched the burbs grow from small towns to large cities.  My city has grown from 35,000 from when we first moved here to it's present 147,000.  Certainly no longer a small town.  Thank goodness the counties and towns have left lots of wide-open spaces with parks & forest preserves or no telling what our population would be.

After chatting for awhile to both grandparents, I asked if I could take their grand-daughter's pictures.  They were both so cute, and such beautiful blue eyes. 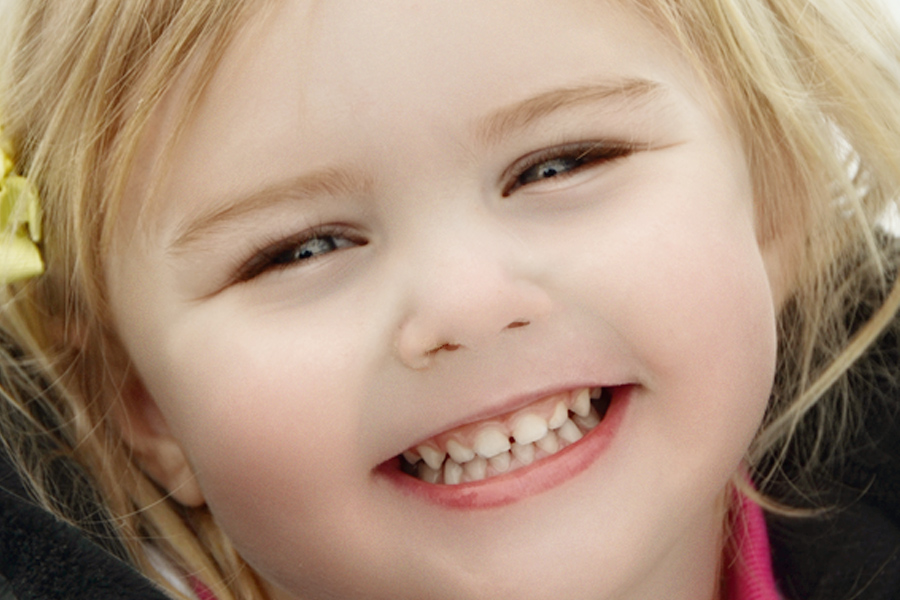 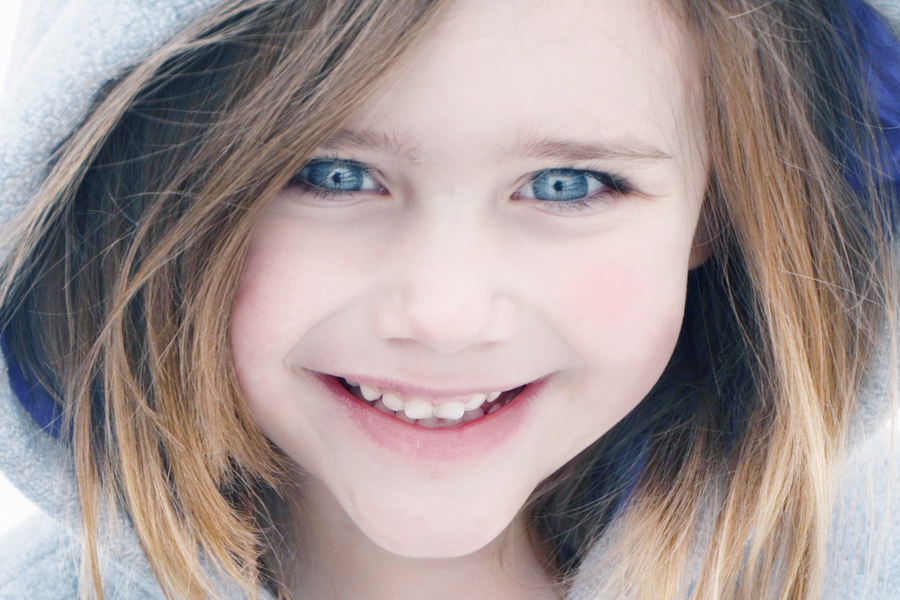 They loved looking at the horses.... Some of the horses were sleeping, standing up....I suppose they are done with this cold and snow and now waiting for some springtime weather. 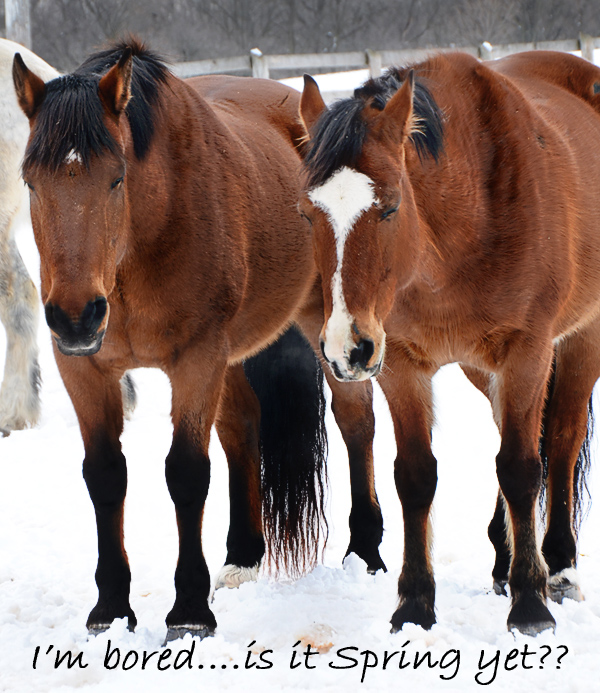 This pony was a favorite of the girls...Tucker was more their size. 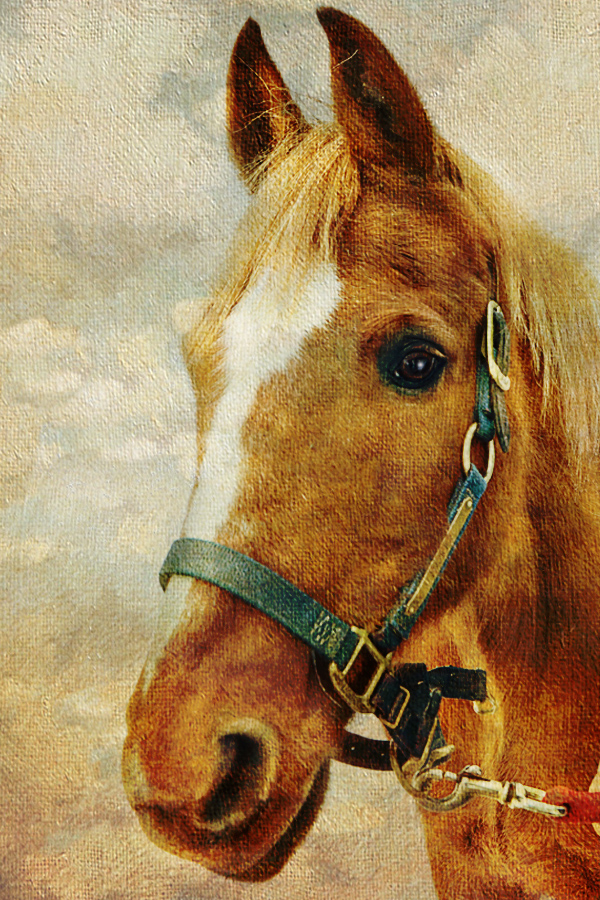 And while we were there, here came the sleigh, pulling a wagon filled with people enjoying the ride. 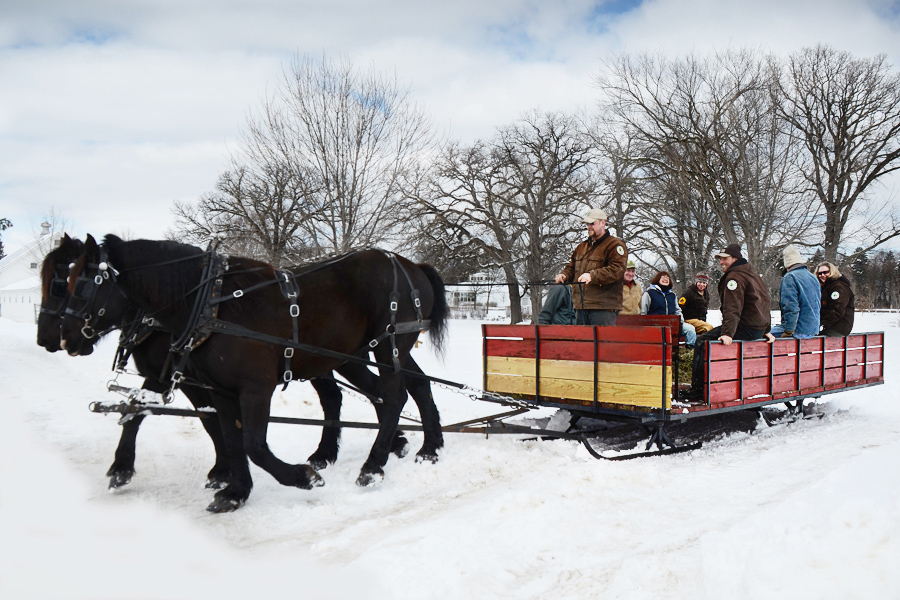 Before leaving, I ran into a group of "photography" students.  A couple of them had cameras and were taking photos so naturally I stopped to talk to them.  They convinced me to take some photo classes at our local community college.  The only "classes" I have taken are those that have been offered on the internet. And thank God for those, because when I first began this photography journey my husband had reached the point in his dementia that I could no longer leave him alone.  Now I think live classroom instruction would be beneficial.

How about you....have you taken classroom photography classes or on-line or self-taught?  If you have taken on-line classes, any that you would recommend?

"Express joy in your daily life whenever you can, so that joy becomes a habit.  Cultivate the habit of living joyously so that your very first response to life's experiences is one of joy."