Just because I work out in the yard all day and get so tired that my muscles and joints hurt, take 3 Ibuprofen, soak in a hot tub prior to going to bed does NOT mean I will fall asleep.  Last night was a doozy...eventually got up at 5:30 AM, when the mist and the dew were still lingering.  Did I grab my camera and take photos...no, I was too tired....go figure. 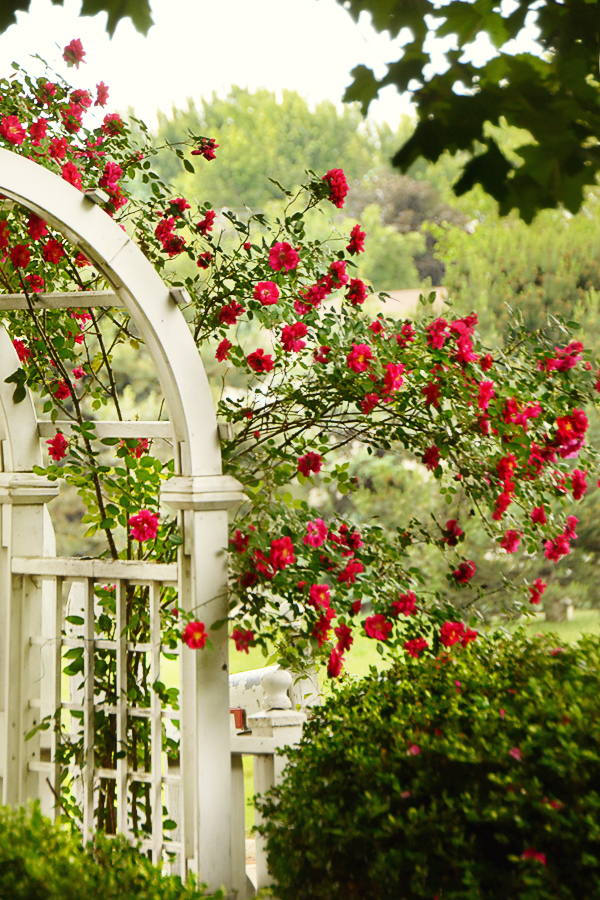 Did it rain again last night?  Yes, but that's OK because I mowed the lawn yesterday and it always needs a little drink of water after a haircut.

My baby cardinal has disappeared.  I went to the nest yesterday and it was gone, with 2 little eggs still in the nest.  I am keeping my fingers crossed that Mama was just so agitated with me working so closely around her that she picked up her little one and went to higher ground.

Yes, Virginia, there is a bird feeder that definitely is squirrel proof.  The squirrels tried but failed and now they have to be satisfied with the droppings on the ground.  You can find it here.  It is a little pricey and you can even get bigger ones, but they do work. 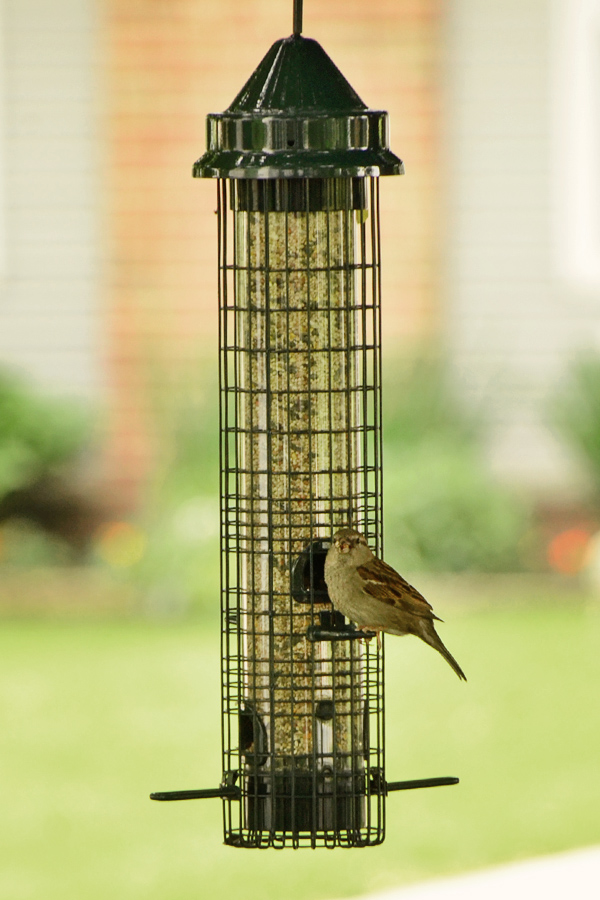 TV - with summer here all new shows or new seasons begin, unlike the old days of nothing but re-runs on until the new fall season would commence in September.  The 3rd season of "Falling Skies" on TNT started last night.  I had never watched it the prior two seasons until one of my friends said she watched a marathon of the 1st season and really liked it.  Hmm, since I subscribe to Amazon Prime, one of the perks is having available full seasons of past series.  OK, it's free, let's give it a try.  Needless to say, I got hooked, watched 2 full seasons via Amazon Prime and now ready to begin the 3rd season with full anticipation.  And I must admit that watching a series in big chunks really gets you interested and the continuity of story and characters is so much more enjoyable.  And speaking of TV....I finally decided to try the "closed caption" option because I was having difficulty understanding words and sometimes whole sentences on certain TV shows, especially those with accents ie: Game of Thrones or any of the English Masterpiece series.  I like those shows, but sometimes their language becomes so difficult to understand I loose whole conversations.  Switching on that "closed caption" option has helped tremendously.  I don't consider myself hard of hearing, just sometimes the words, because of the heavy accents, become garbled. If you have that same problem, give it a whirl, you might be surprised.

I love going to my daughter's dance recitals eventho my grandgirls have all grown up, one doesn't participate at all anymore and the other does it for fun, I still enjoy watching the young girls as they grow up and become more accomplished dancers with each passing year.  Just a few snaps I took prior to the show...except for the one of my daughter, which was while she wrapped things up at the end of the production.

"Ideas are a dime a dozen, but the men and women who implement them are priceless."  ~  Mary Kay Ash

Email ThisBlogThis!Share to TwitterShare to FacebookShare to Pinterest
Labels: My Garden, Thoughts