I Found An Angel At Home Depot...

OK, you know that my whole family will be here for Thanksgiving, right (altho my sweetie will be here in spirit only)....and my dining room is rather smallish...in fact my living room - dining room is just one big room and not really all that big anyway.  The only thing that separates each room is furniture.  So I am trying to figure out how I could possibly fit the 9 of us around my dining room table that really only seats 6 comfortably.  And since this is our first, since my son got married, Thanksgiving together I didn't think a "kids table" in the family room would be the answer, in fact it wasn't even a consideration.  So what to do??  Well, I came up with this brilliant idea, I do that sometimes, not often but sometimes....to just place a large piece of plywood on top of my existing table and extend the size of it.  So I called Home Depot and talked to this really nice guy on the phone....you know, "let your fingers do the walking" before making a trip because the closest Home Depot is about 30 minutes, OK 20 minutes if my foot gets heavy on the accelerator. He suggested instead of plywood, particle board, it's sturdier and smoother than plywood.

OK, plan in action...drive to Home Depot, then what.  The particle board is 48x96 way, way to big for my car.  OK I was really thinking hard about how I was gonna get this large board home....probably going to have to bribe one of the kids across the street to drive down and pick it up.

As I entered the store a man with a Home Depot Orange vest just happened to be walking by the front door, how many times does that happen??  I asked him if he could show me where the particle board was.  He was guiding me to the spot just as another man was trying to load two pieces onto a cart, struggling, the Home Depot guy rushed over to help him before he and the boards toppled over.  As I see this big burly man struggling, I am thinking, Deanna what in the world were you thinking....no way on God's green earth are you going to be able to handle this. So you know, shy me, began talking to both of them, explaining my Thanksgiving table plan and they both agreed that it was a grand idea, but there was no way I could possibly get it into my car.  Mr. Home Depot man asked me where I lived and then instructed me to go to the Pro-Contractor Counter and tell them my tale and ask them for any "suggestions" they may have for me.  He just repeated that again....ask them for any "suggestions" they could give me for getting this home.

OK, I will do as instructed.  Walked up to the contractor's counter, an Asian lady was ringing up the purchases from an Hispanic man's cart filled with obviously stuff he needed for a job he was completing.  Now, neither one spoke clear English, the Asian lady had a very heavy accent as well as the Hispanic man, but they were both conversing together with no problem, I seemed to be the one with the problem of understanding.  The Asian lady asked if she could help me, and I explained to her what Joe (yes, I knew the orange vest guy's name, so observant that I am, it clearly was printed on his name tag) said about any "suggestions" they might have in helping me get this particle board home.  She looked at me rather oddly, which I would have done the exact same thing, and I repeated it again.  With that, the Hispanic man asks me where I lived, I told him and he said, no problem, he was going that way, he had a truck and would gladly drive it home for me.  The Asian lady says...."Lorenzo's a good guy." so they obviously knew each other.

We loaded up and I led the way with Lorenzo and my particle board in his truck behind me. As I was driving home, I began thinking about what a kind gesture for this man who had never set eyes on me before, did for me out of the goodness of his heart...we talk about angels around us and he was just the angel I needed at that very moment.  I was really touched by his kindness, in fact it brought tears to my eyes.  I was trying to wipe them away before arriving home, I didn't want Lorenzo thinking I was some silly weepy woman.  But that kind of kindness really tugged at my heart.  We arrived at my home, he backed into the driveway, unloaded it into the garage, making sure it would not tip and was ready to leave when I handed him some money.  He really did not want to take it, seemed totally surprised when I offered it.  I asked if he was married, yes, then I said, take your wife out to lunch, he kinda rolled his eyes, got in his truck and my angel drove away.  For the angels who find us when we need them the most, for that I am grateful.

I still had grocery shopping and more errands to complete so off I went again, stopping long enough to snap a couple of pics of the snow that was falling.  It tends to make everything look a little magical and I was in that light-hearted mood after my particle board angel happening. 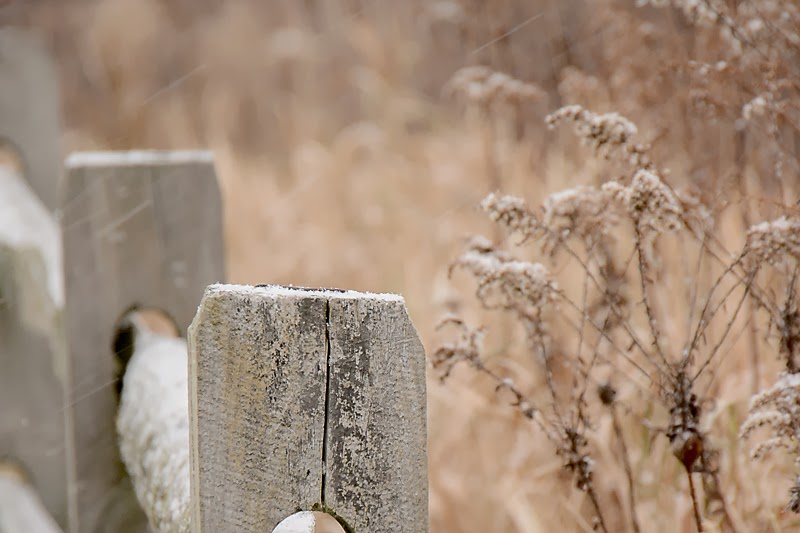 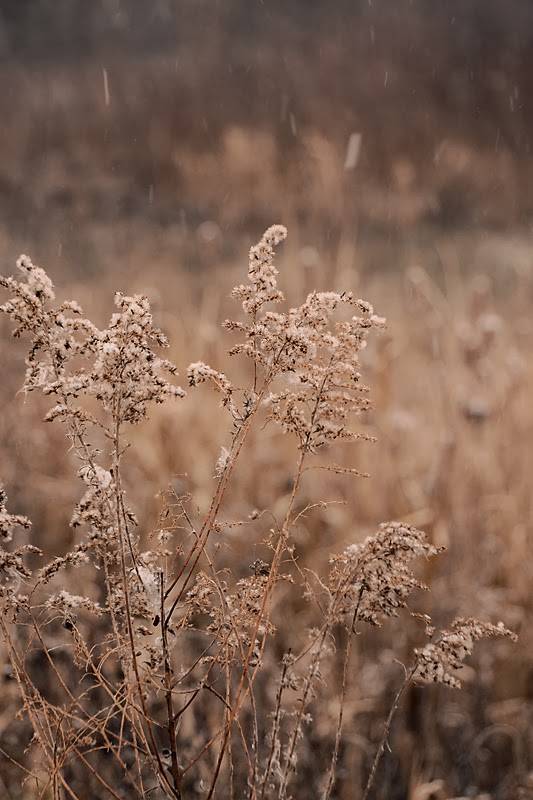 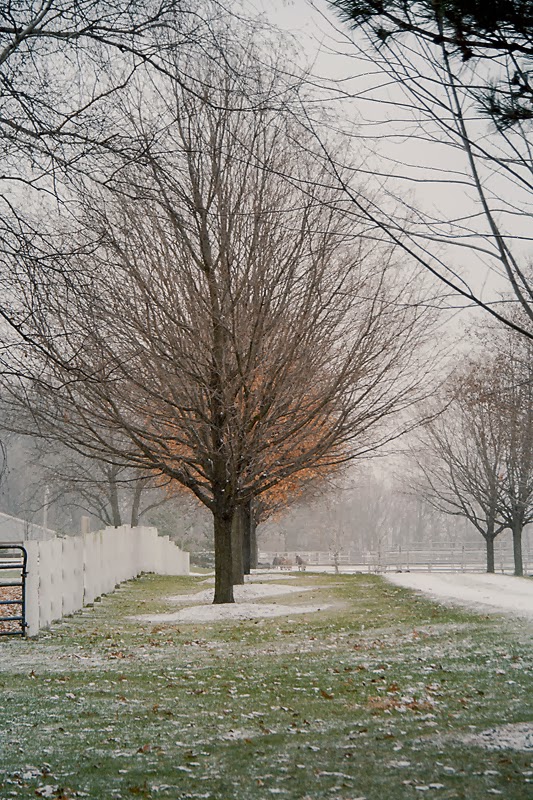 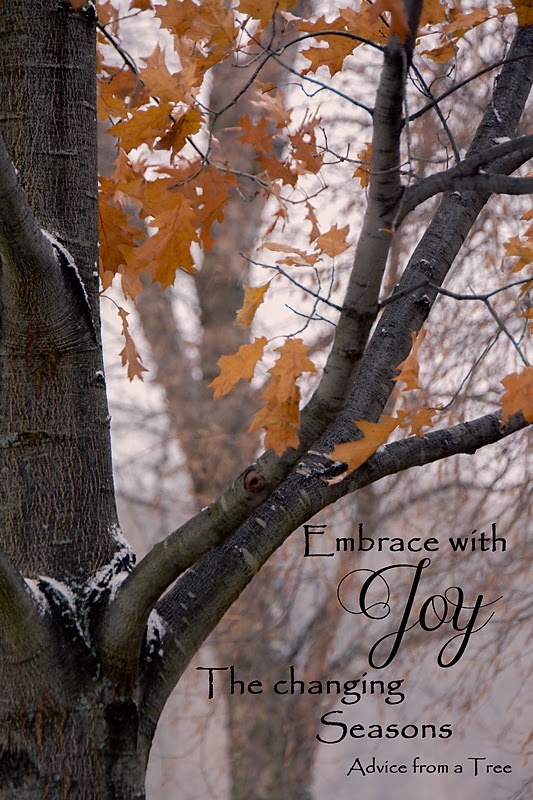 Within a week I have had a Leaf Fairy rake all my leaves and an angel appear with a truck...can't get much better than this....for these moments in my life I am truly thankful and blessed!!


"Let us be grateful to the people who make us happy; they are the charming gardeners who make our souls blossom."~  Marcel Proust