The Storm Passed Me By... 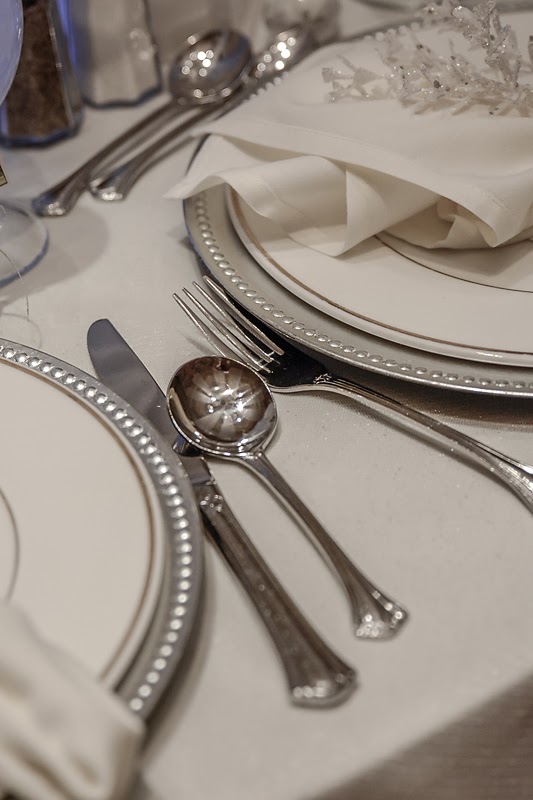 As I sit here at my desk writing this post, the wind continues to howl and blow but I am safe and warm while others not too far from here are without power or have lost their homes completely. An unusual November storm pushed and I do mean pushed it's way through the state of Illinois leaving many areas without electricity and others in total devastation.  Wind gusts of 75 miles an hour were recorded not too far from my home.  I was not home when the heart of the storm reached my humble abode, and by the time I arrived home it was dark so I have not had a chance to really survey the property to see if there is any major damage, but as I can tell only small branches from the trees seem to be the only residue.  The "kids" were sure glad when I opened that garage door and entered the house.  I am sure there was some trembling going on while the storm moved through.

Sunday was the day of our church's annual Advent Tea and while driving to this event which was about 25 minutes south of my home I could see the storm clouds moving in...they were rather ominous, great images to capture on camera. The wind was fiercely blowing and I was all "dolled" up for this event so the thought of stopping and taking some pictures was not going to happen, at least if I wanted to look presentable when I arrived at the TEA.  Driving in pouring rain, hail, and wind gusts that shook the car I wondered, "what the heck am I doing out in this?"  Shortly after arriving at the country club (we have moved from the church's basement to a country club, a much nicer venue for a lovely afternoon) the warning signals that a tornado was in the area had us all descending to their basement for safety.  A big screen TV with the BEAR's football game for those that had gathered in the "bar" area for watching kept us informed as to the progress of the storm. Since the storm was moving from the south it hit us first then gradually made it's way to downtown Chicago where the football game was halted and everyone scrambled for safety. Can you imagine trying to clear a football stadium with thousands of fans quickly.

We stayed in the basement for about 45 minutes, the danger eventually passed so our Tea was back on track.  Lovely decorated tables by individual hostesses was a delight for the eyes. Ofcourse I had my camera, didn't stop for the clouds, but sure had fun capturing the beauty of the event. 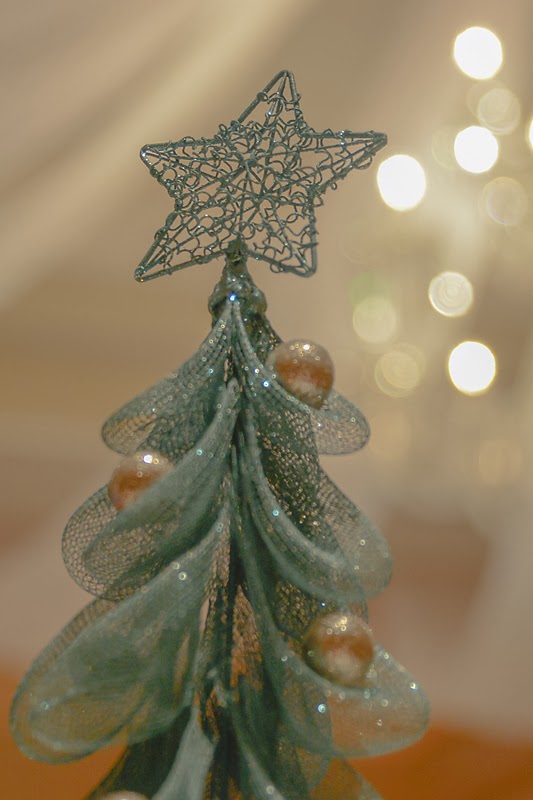 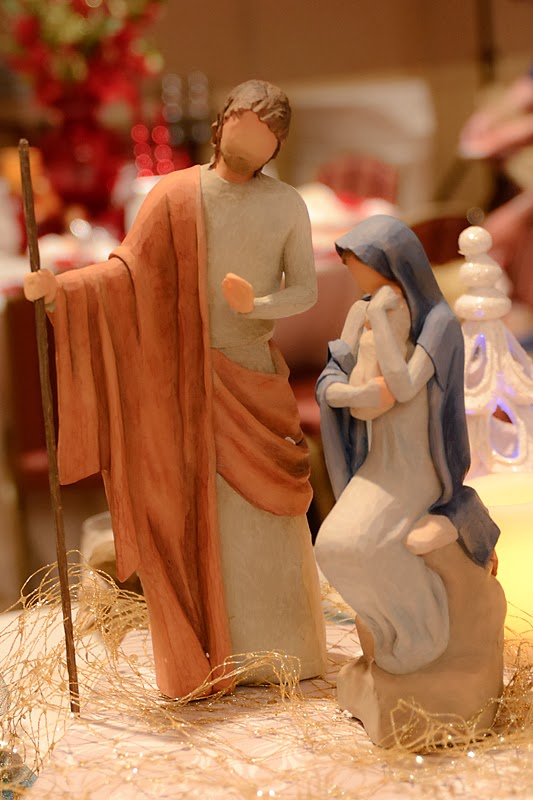 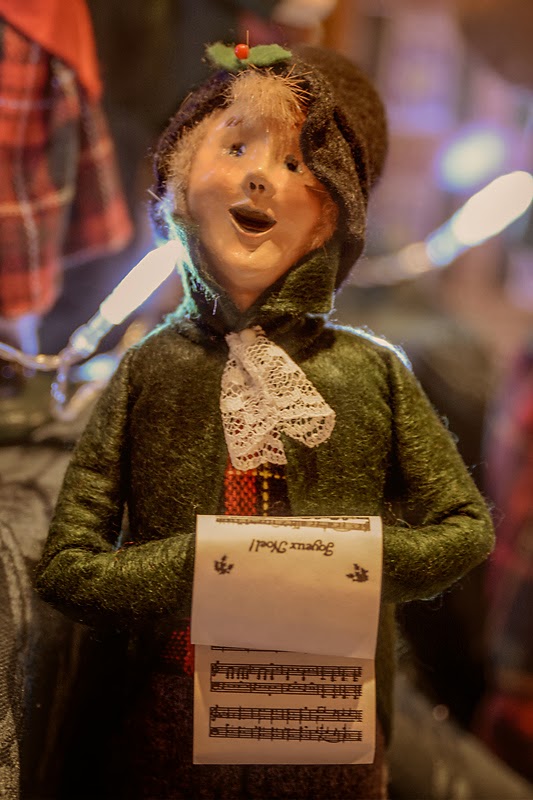 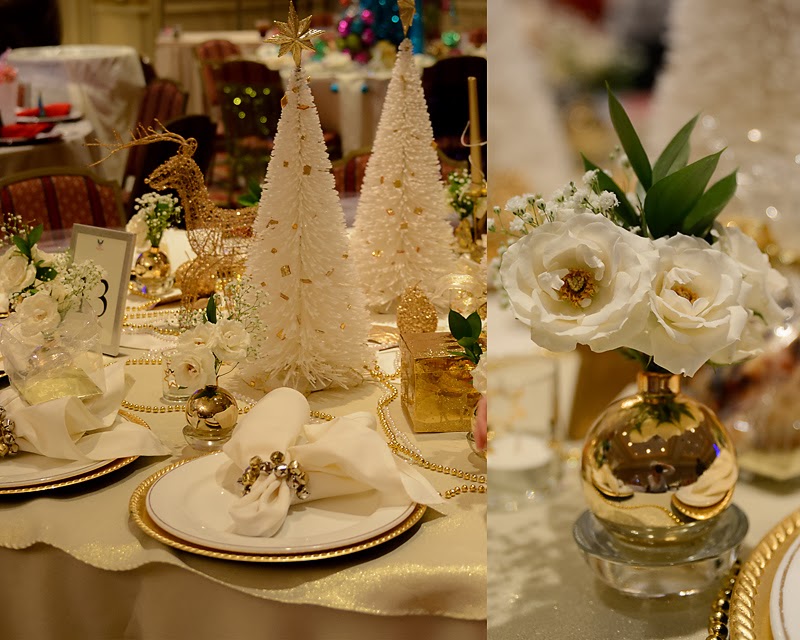 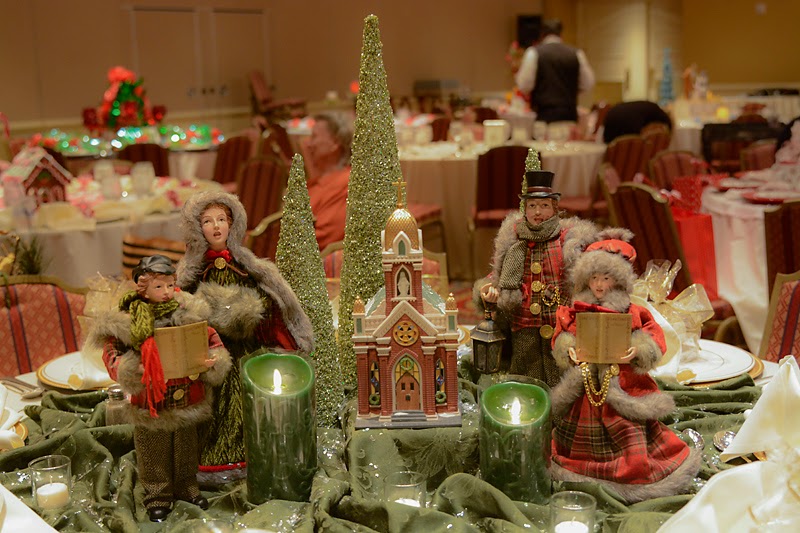 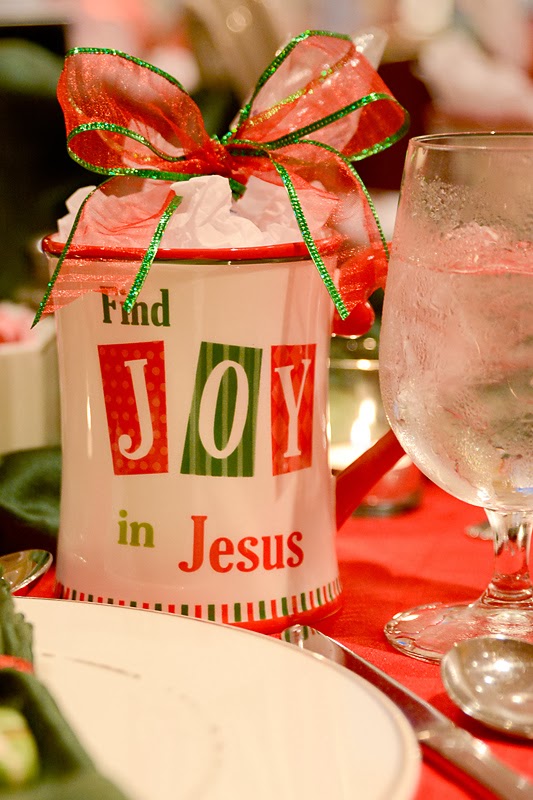 So there was just a few of the many many pictures I took yesterday of the beautifully decorated tables....each one different, each one with their own individual theme and look....pure eye candy. And after oogling over these beautifully decorated tables we were served a tasty lunch and afterward a lovely spiritual filled program with beautiful singing by a mother-daughter duo (I swear it had to be angels singing) a narration of "Seasons" and a slide show with my images....images of the 4 seasons...I had so much fun putting that group together.

So today my gratitude is overwhelming...1) that the storm passed my home by without damage 2) that I remained safe eventho I drove thru the middle of that terrible storm, 3) that I attended such a beautiful Advent Tea, blessings abound!!

"We must not allow the clock and the calendar to blind us to the fact that each moment of life is a miracle and mystery."  ~ H. G. Wells