It's raining
It's pouring
The old man is snoring....

Well, I don't know about the old man, but this old woman is about ready to lay her head down and see if she can snore...errr sleep.  It's that kind of a day, raining, some lightening, a little thunder, the kind of a day that crawling under the covers and catching a few afternoon zzzz's would hit the spot.  Or at least grabbing that book that I have almost completed and reading it until the eyes begin to droop.

A trip to the hardware store this morning to pick up some much needed furnace filters, also meant a swing by the grocery to check what flowers were waiting for me.  Tuesday is usually flower delivery day, but I must have been too early because most of the flowers were looking a little past their prime, especially the tulips so I grabbed a bouquet of daffodils.  I find bright yellow a little difficult to photograph...I have to adjust the exposure level several times to get it right, and then it still doesn't seem exact. 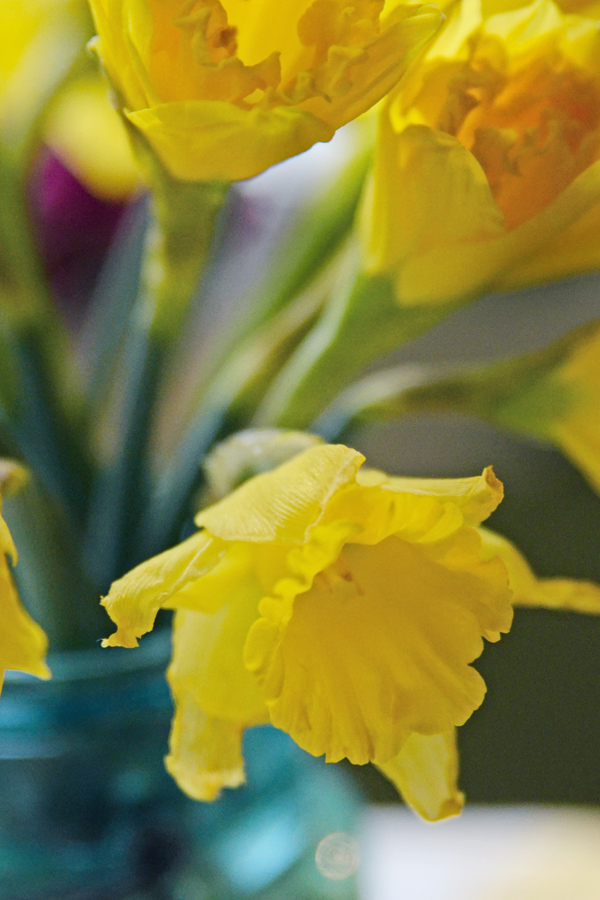 Today being Texture Tuesday over at Kim Klassen's lovely blog...her direction for this week was to use one of her newer textures "minus 43" which is indeed what I did on the image below.  I also added one layer of Lenabem-Ana's texture to give it that real canvas look. 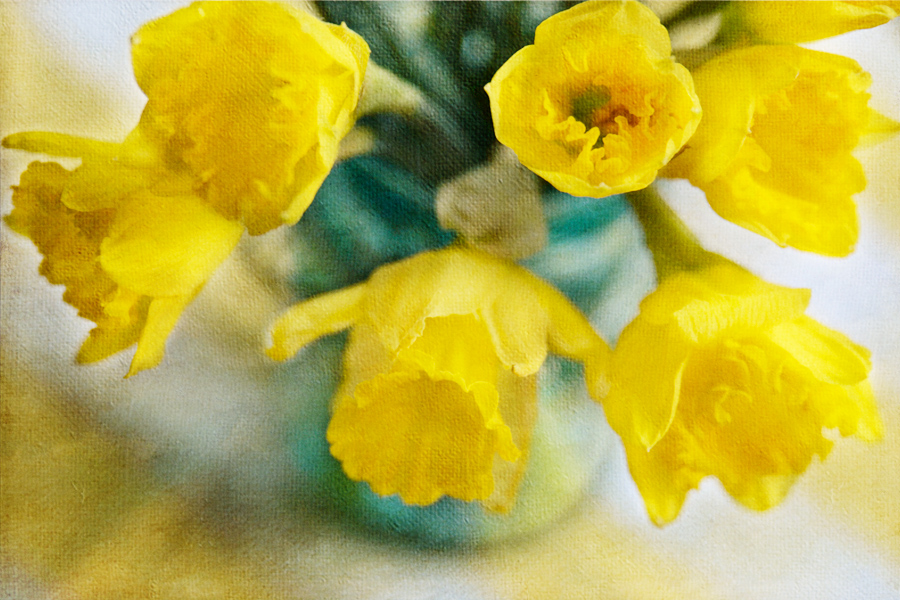 So signing off now to go catch some of those zzz's I referred to earlier.

"Think what a better world it would be if we all, the whole world, had cookies and milk about three o'clock every afternoon and then lay down on our blankets for a nap. "
~ Barbara Jordan