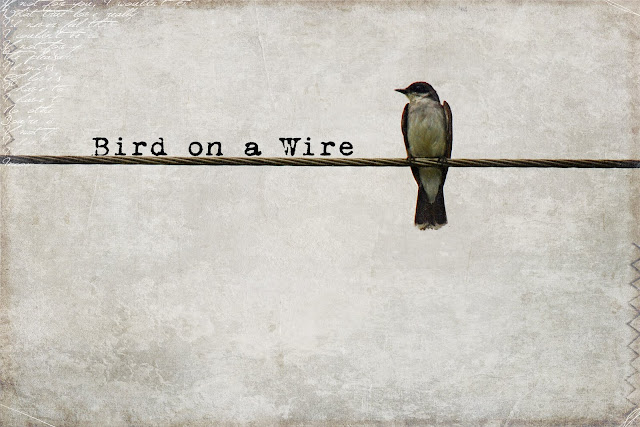 My entry for Texture Tuesday at Kim Klassen.  Hop on over and check out all the "movies".... BIRD ON A WIRE starred Mel Gibson, before he went a little crazy, and Goldie Hawn.  It was billed as an action-comedy and premiered in May, 1990.  Two great stars at that time, but a so-so movie.  If you want to see a really good movie, go see "The Help"...terrific!!

"Why do we put off living the way we want to live, as if we have all the time in the world?"  -  Barbara de Angelis