A Tuesday in Mid-August

Wow, can you believe the summer is almost gone, well not really, it can still be mighty hot in September and even into October, but when school starts, summer seems to be over.  My granddaughter left today for Iowa State, my other granddaughter begins her senior year at NIU on Thursday and the kids in the neighborhood start school tomorrow.  Instead of swimming and picnics, thoughts will turn to football games and bon-fires.  However, I do love Fall.  The leaves turn heavenly hues, the smell of wood burning fires has a rustic aroma, the cheers at football games is contagious, wonderful times ahead.  But right after Fall comes dum de dum dum, Winter, the longest season of the year for us.  But before that I am still celebrating summer. 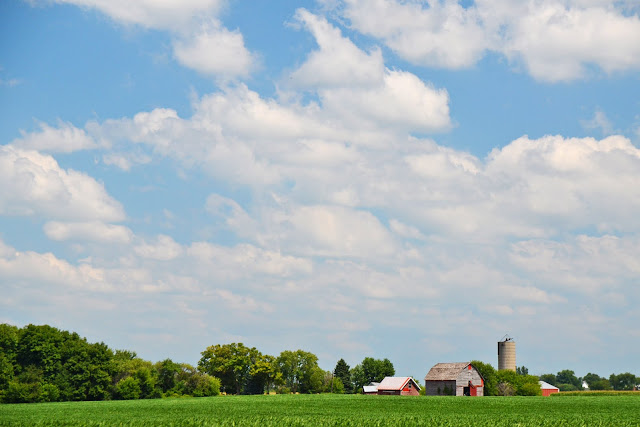 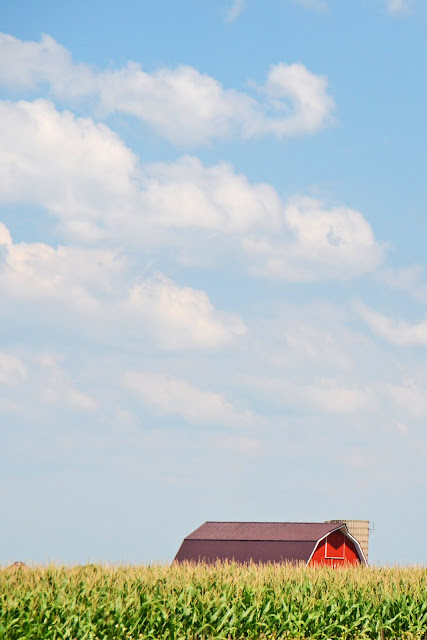 Today I took a drive to the country, stopped the car and snapped these photos.  The corn has grown so tall you can hardly see the barn.  I was so worried at the beginning of the summer because we had so much rain and cool weather that we might not have a crop this year.   This corn is so tall it looks like the rain and cool weather acted like a steroid.  And it tastes so sweet!

The sky has been such a glorious blue these last few days.  Low humidity keeps the skies clear of haze letting the heavens shine through. 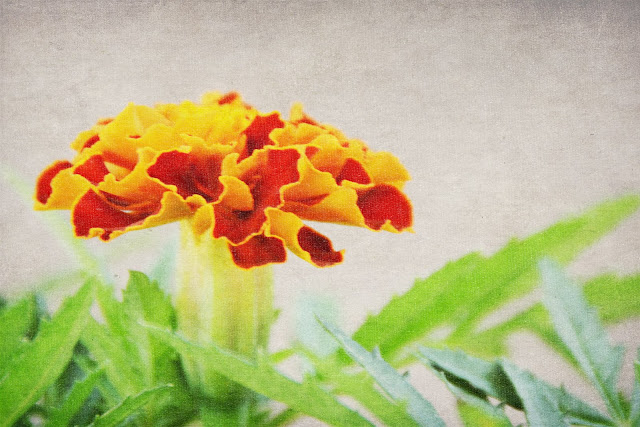 I stopped at a gas station to fill up my car, ouch it always hurts the wallet filling up the tank with gas.  Sure would like the gas to get back to being more reasonable than almost $4.00 a gallon.  Anyway, there was a pot of flowers next to the gas tank and this sweet little marigold was begging for me to take a shot.  I think the fella getting gas next to me probably thought I was just a little nuts.  I added a Kim Klassen texture.  Not as clear as I like my shots, but I loved the colors. 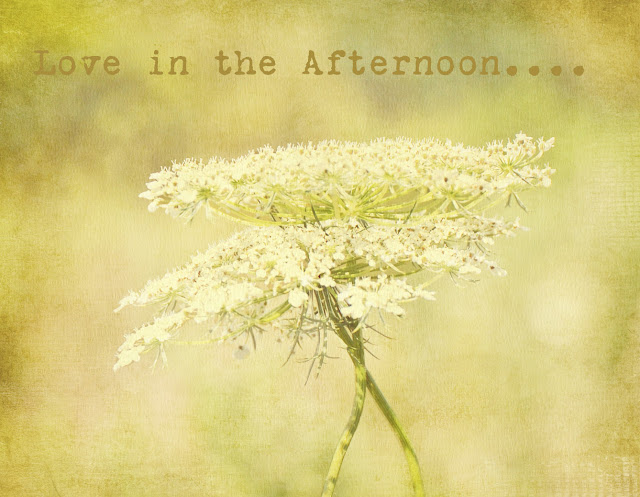 After I got home I decided to take Toby to the dog park.  He has been alone quite a bit lately and he loves going to the dog park and meeting new friends.  So off we went.  Unfortunately there were hardly any dogs to play with and admittedly, it was pretty darn hot as we walked the paths.  No trees to block the sun, so by the time we walked around the perimeter once we were both ready to leave.  Toby's tongue was hanging out and I felt like hanging more than my tongue out.   But I did manage to take this shot of two sweet Queen Anne's Lace twined together as tho a romance had ensued.  May add this to Kim Klassen's Texture Tuesday since the theme this week is Movie's.  Remember "Love in the Afternoon" with Gary Cooper and Audrey Hepburn in 1957.  I am really dating myself, but I loved this movie.

All in all, a really fine day, this Tuesday in mid-August.

"The days come and go, but they say nothing, and if we do not use the gifts they bring, they carry them as silently away."  -  Ralph Waldo Emerson